West Indies vs Bangladesh: Kemar Roach went past legendary Michael Holding’s tally of 249 wickets to become the 6th bowler from the country to go past the 250-mark. Roach’s burst of 3 for 30 reduced Bangladesh to 132/6 at Stumps on Day 3 of the 2nd Test in St Lucia. 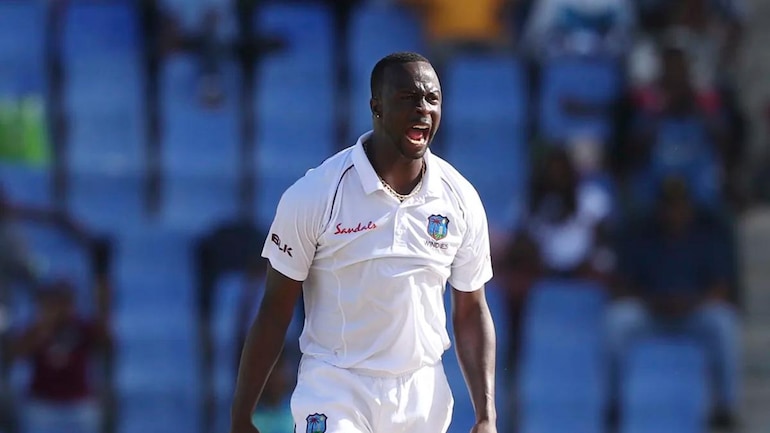 West Indies pacer Kemar Roach achieved a milestone on Day 3 of the 2nd Test against Bangladesh as the 6th pacer from the country to pick 250 wickets in the longest format of the game. Roach took his tally to 252 after running through Bangladesh’s top order with a 3-wicket haul as the visitors slipped to 132/6, still trailing West Indies’s first-innings total by 42 runs at the Darren Sammy Stadium in St Lucia.

Kemar Roach went ahead of legendary Michael Holding in the list after he picked 3 for 32 in his 10 overs on Sunday. Roach is now only 7 wickets behind the tally of Joel Garner.

Roach took the first three wickets to finish the day on 3-32 in 10 overs and move to 252 wickets in his 73rd test for West Indies. Bangladesh opener Tamim Iqbal (4) was caught behind to give the pacer his 250th wicket. Roach went on to dismiss opener Mahmudul Hasan Joy (13) and Anamul Haque (4) to leave Bangladesh struggling on 32-3. Najmul Hossain Shanto is the top scorer so far for Bangladesh in its innings with a 91-ball 42. He was also caught behind off Alzarri Joseph (2-31).

With Litton Das and Shakib Al Hasan also failing to trouble the scorers much, Bangladesh are in a big spot of bother. The visitors will resume on Monday with Nurul Hasan and Mehidy Hasan at the crease. Having dismissed the top-order cheaply, West Indies will be hoping to get the job done and seal a 2-0 series lead sooner than later on Day 4.

Earlier in the day, Kyle Mayers, who resumed from his overnight score of 126, took his tally to 146 before he was dismissed by Khaled Ahmed. The all-rounder hit 18 boundaries and 2 sixes a he helped West Indies stretch their first-innings total to 408. The hosts added 68 runs to their tally on Day 3.

Ahmed was the pick of the Bangladesh bowlers as he finished with figures of 5 for 106.

West Indies won the first Test in Antigua in just over three days, by seven wickets. The two teams will also play 3 T20Is and 3 ODIs following the 2nd Test.