Skip to content
Farhad Samji’s ‘Bachchhan Paandey’ has hit the theatres and is already garnering positive reviews from the audience and the critics alike. ETimes caught up with actor Abhimanyu Singh who plays one of Akshay Kumar’s henchmen in the movie. In a candid chat, the actor opened up about his character, reuniting with the superstar after ‘Sooryavanshi’ and more. Excerpts…

This is your second collaboration with Akshay Kumar in ‘Bachchhan Paandey’ after ‘Sooryavanshi’…
In ‘Sooryavanshi’, Akshay sir and I had some serious scenes together. However, this time it was fun. His sense of humour is remarkable and he used to crack us up with his jokes on the set. We were just laughing and joking around. The story was such that we needed to connect. It was really fun shooting for this movie. We had Akshay sir, Sajid Nadiadwala sir and his family. Even my family joined us later so it was like a picnic for all of us.

Tell us something about your role in the movie.
For all those who have not seen the film yet, you can expect to see me in a different avatar altogether. My character, body language, and accent are very different from what my fans have seen me doing before. It is going to be entertaining. It has a touch of comedy, although not intentional. If you see people from North India, they are like this, full of energy and eloquent. I have met such people and tried to bring those elements into my character. I hope people love my character. 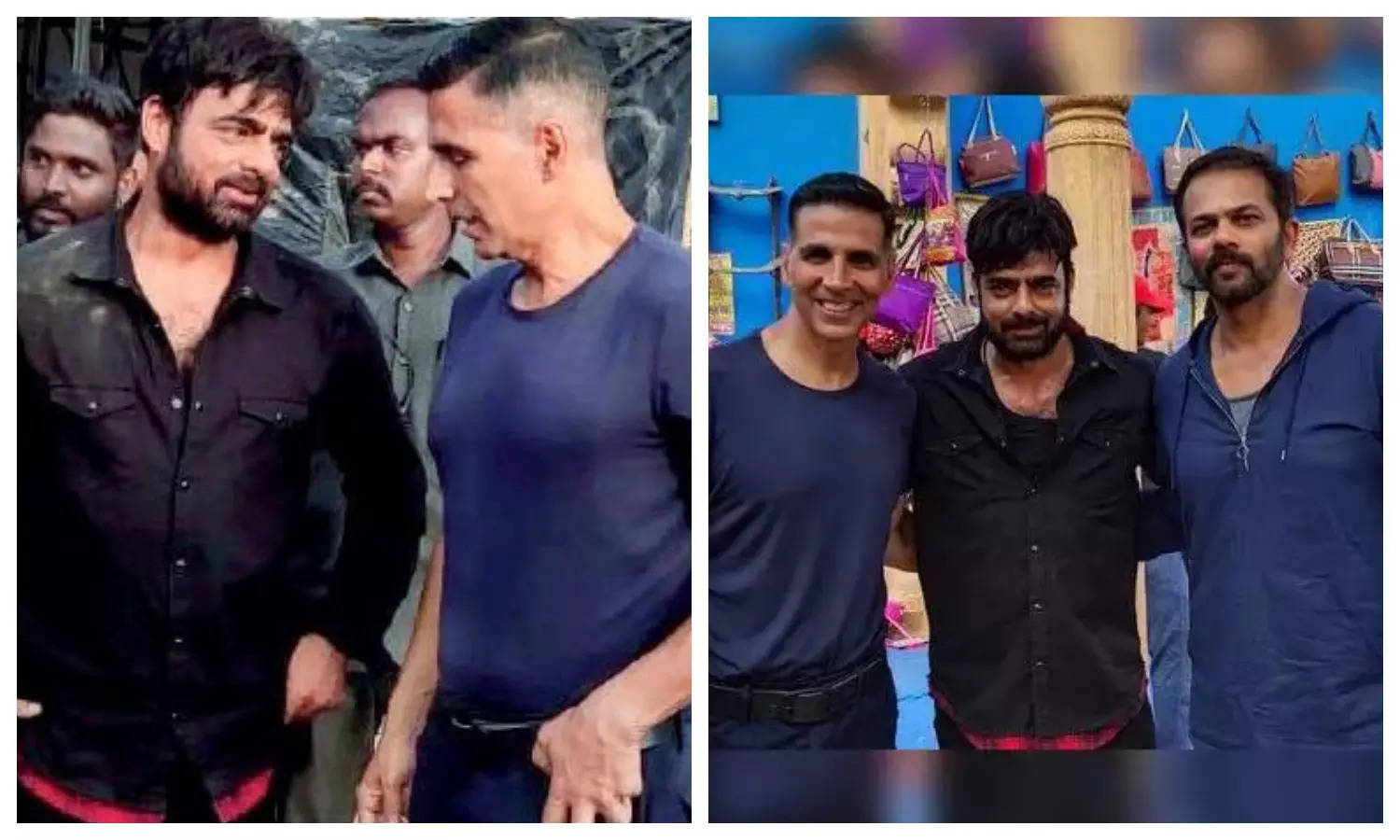 How is Akshay Kumar as a co-star?
He is very helpful as a co-star. In fact, he is one of the finest human beings I have ever come across. He is very simple and grounded. It is a very rare quality to find in a star. He keeps the atmosphere on the set very light and chilled. He has no airs of being a superstar. He is easy going when you are shooting with him. He makes use of his rich experience and comes up with some ideas to make a scene better. He also pushes his co-stars to get the best out of them. It was a wonderful experience to work with him once again.

Who did you bond with the most on the set?
I gelled with everybody quite well – Arshad Warsi, Kriti Sanon and Jacqueline Fernandez. Of course, I already knew Pankaj Tripathi and Sanjay Mishra sir as I have worked with them before. It was like an old gang reuniting plus we had this new gang in the picture. I feel lucky to have got into Sajid bhai’s camp. Thankfully, he has loved my performance and likes me as an actor.