Pakistan batsman Babar Azam made it to 10,000 international runs while playing the first Test against Sri Lanka. 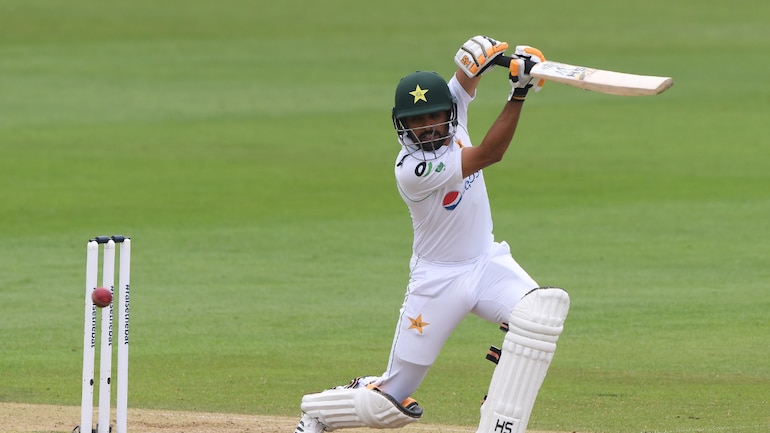 Pakistan captain Babar Azam became the 11th batter from his country to reach 10,000 international runs in the first Test match against Sri Lanka on Sunday, 17 July. The right handed batter held the innings from one end while wickets kept tumbling on the other side. At the time of writing, Pakistan were tottering at 104/7 after bundling out Sri Lanka for just 222 runs in the first innings.

Babar Azam, the current leader of the ICC rankings in The T20 and the ODI format has been in a terrific patch of form off late. The batter acted as a sheath anchor in the home series against Australia and West indies and raked up runs for fun in 2022. In the longest format of the game, Babar had two successful outings against Australia in the three match series, which Pakistan lost under his captaincy.

Having broken a few records of Virat Kohli already, his teammates have thrown his weight behind the player stating that they would like to see Babar Azam achieve more heights in his career.

For that matter, former India captain Virat Kohli recently wished him good luck, after the Pakistan international put out a heartwarming tweet for the struggling batter.

The batter currently averages a staggering 59.22 in the ODI format, 45.52 in the T20I format and 45.98 in the Test format of the game. Under his captaincy, Pakistan had a brilliant run in the T20 World Cup at UAE, before losing out to Australia in the semi-final of the tournament.