Dinesh Karthik-led India won the T20 warm-up game against Derbyshire with ease while chasing 151. Deepak Hooda and Sanju Samson were the main architects of the batting line-up. 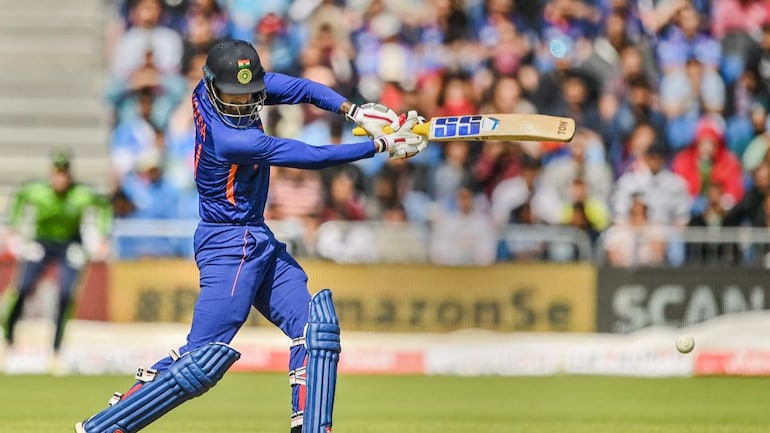 Sanju Samson and Deepak Hooda joined hands once again as India breezed past Shan Masood’s Derbyshire with a seven-wicket victory in their first T20 warm-up in England. The Indian side, which was a lighter version of the team that played in the Ireland internationals, were filled with youngsters, who put a good foot forward once again to make a strong statement.

Chasing 150 runs from 20 overs, opener Samson and number three Hooda put together a 51-run partnership after losing Ruturaj Gaikwad early in the second innings, from there, Hooda combined with Suryakumar Yadav to take India close to victory. The middle order duo, who have been in stunning form in the recent time have been knocking the door of the Indian team. While Surya broke through after much anticipation, Hooda utilised his chances to become India’s fourth T20I centurion recently in the Ireland tour. Hooda hit five boundaries and a six in his 59-run innings while Surya scored 36 runs aided by four boundaries and a six.

Earlier in the day, Arshdeep Singh showed his talents, picking up two wickets for 29 runs. Arshdeep picked the prized wicket in the powerplay, of Pakistan’s Masood, who has been in good touch in County and the Vitality Blast and then later returned to remove Alex Huges at the death. There has been an outcry in a section of the fans that Arshdeep should be included as a death over specialist in the Indian team and this performance certainly makes a case for the same. Barring Arshdeep, Umran Malik picked two wickets as well for 31 runs from his four overs.

Barring these two, the likes of Venkatesh Iyer and Axar Patel were economical and picked one wicket each.
India are going to play one more warm-up game before heading into the T20I series, that starts on 7 July after the commencement of the Test match.