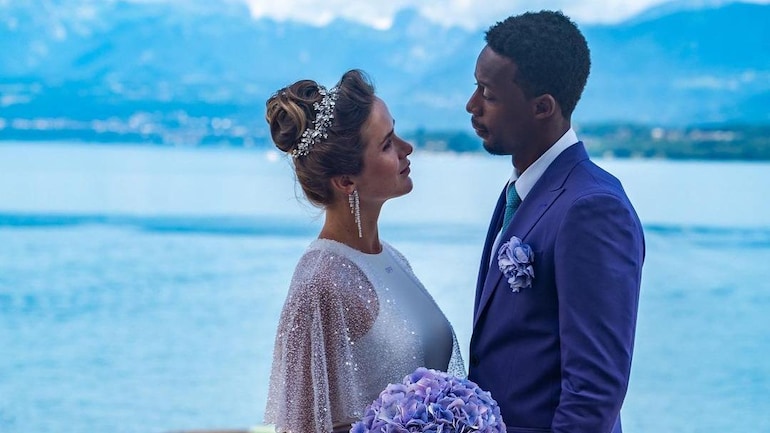 Ukrainian tennis star Elina Svitolina, on Saturday, July 16, dropped an adorable post for husband Gael Monfils on their 1st wedding anniversary. Back in July 2021, the duo tied the knot in Geneva just before the start of the Tokyo Olympics.

The 35-year-old Monfils, also a former World No.6, had said that they try to support and motivate each other during tough times. In the meantime, on a special day, Svitolina uploaded a few pictures to shower love on her better half.

Svitolina took to her Instagram handle and wrote, “Happy one-year anniversary my mon amour. My love for you is infinite! Cheers to a lifetime of happiness.”

After getting married last year, the 27-year-old Svitolina said that their wedding didn’t affect their tennis by any stretch of the imagination.

“We are still practicing sometimes together. We are talking about tennis sometimes. Sometimes trying not to talk too much about tennis. I mean, for tennis, nothing really changed,” she said.

Earlier this year, Svitolina announced she is expected to give birth to their first child later in October. “With a heart full of love and happiness, we are delighted to announce that we are expecting a baby girl in October,” she wrote on Instagram.

Back in May, Svitolina said that she won’t be taking part in the French Open 2022 due to her mental health struggles amidst Russia’s invasion of Ukraine. Back in March, she took a break from the sport and is yet to make a comeback.

She hasn’t played any tennis since the Miami Open where she lost in three sets to Heather Watson in the Round of 64.