Jonny Bairstow continued his fine run in Test cricket as the England batter scored his fifth Test hundred in 2022 on Day 3 of the Edgbaston Test against India on Sunday. 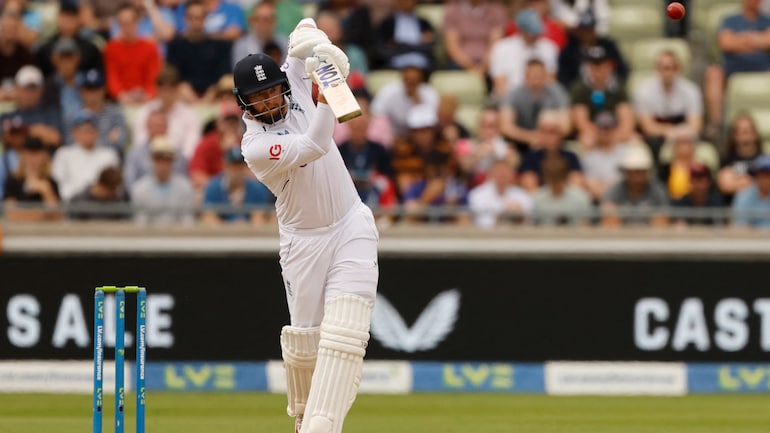 England batter Jonny Bairstow’s dream continued as he scored another Test hundred to lead England’s fightback on Day 3 of the Edgbaston Test against India on Sunday. This is Bairstow’s 11th Test hundred and fifth century in the longest format of the game in 2022.

Notably, Bairstow is the second player to score five or more hundred in a calendar year, batting at five or below, after Michael Clarke, who hit five centuries in 2012. Bairstow is also the 15th England player to hit hundreds in three successive Tests.

Earlier, Kohli was involved in a heated exchange with England batter Jonny Bairstow in the first few overs of Day 3 action at Edgbaston in Birmingham. However, Bairstow put behind the early distraction and took the attack to the Indian bowlers. He went after Mohammed Shami and Mohammed Siraj to hit a 50 off just 81 balls.

Bairstow came on to bat after Jasprit Bumrah dismissed Ollie Pope for 10 and England were reeling at 44 for 3 on Day 1. The right-handed batter took his time to settle it and then he stamped his authority on the Indian bowling as he hit Shami for a boundary after a heated exchange with Kohli. Bairstow was batting on 12 while skipper Ben Stokes was yet to open his account, with England reeling from Bumrah’s early strikes at stumps on day 1.

Bairstow is the world’s leading scorer in Test cricket this year with over 850 runs – including five hundred – at an average of 71 in 2022, and scored 394 runs off 328 balls against New Zealand, including 77 and 95-ball centuries at Trent Bridge and Headingley respectively. His strike rate against New Zealand (120.12) was the second-highest in Test history by a batter scoring more than 300 runs in a series.

India are 2-1 up in the series, which could not be completed last year following COVID-19 cases in the India camp ahead of the final match at Old Trafford.