India are set to defend 119 runs in the final day of the Test match. Jonny Bairstow and Joe Root are in the crease for England. 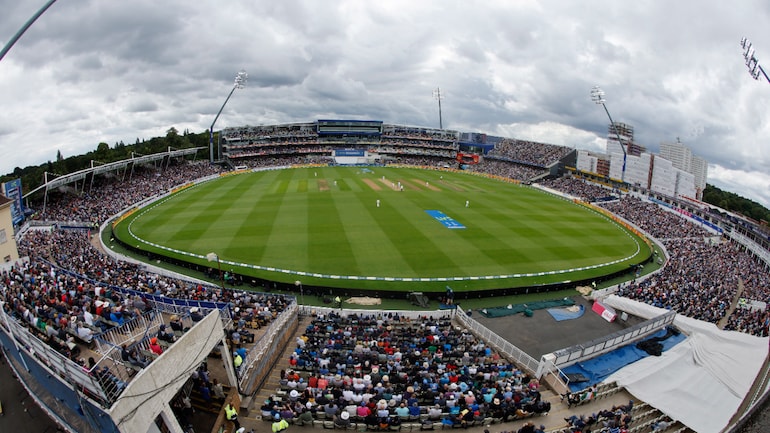 It looks like that the final day of the fifth Test match at Edgbaston is set to have an entertaining outing with cloud cover at Birmingham. India off spinner Ravichandran Ashwin shared the update via his Instagram showing overcast conditions from his hotel room. 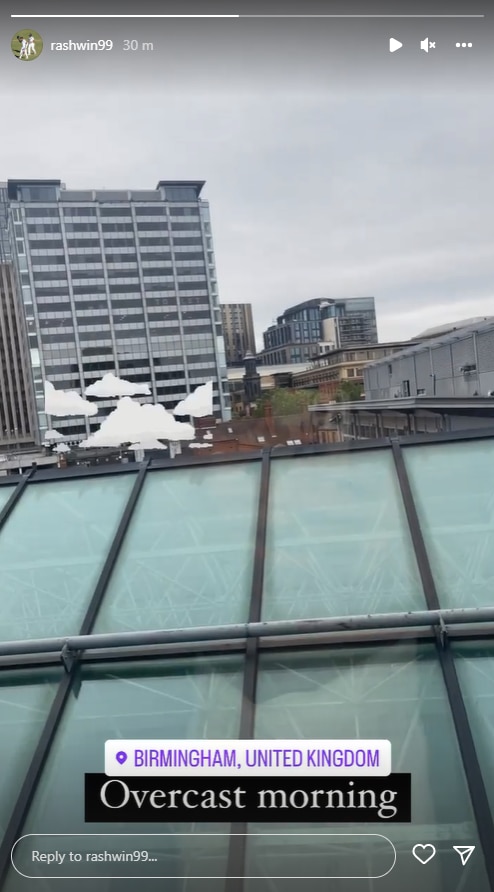 India will be defending 119 runs on the final day, hoping to take as many wickets as possible till the conditions help the fast bowlers. The bowling line-up led by Jasprit Bumrah was found wanting against improved batting conditions at the ground after the bowlers largely enjoyed the conditions in the first three days.

England batted with intent on day four of the game, scoring at rapid rate against the India bowlers. Alex Lees batted well for his 56 off 65 balls and then the rest of it was taken care of by former captain Joe Root and in-form batter Jonny Bairstow. Both batsmen are inching towards their respective centuries as well.

If England manage to chase this down, it would be the highest score ever chased down at Edgbaston cricket ground, with the previous one being around 280 runs.

The forecast of the day although is possibly going to like the fourth day, which was mostly cloudy with a little bit of sun peeking here and there throughout the day.

Earlier in the game, England managed to cut deficit against the mammoth first innings total by India owing to a counter-attacking century by Jonny Bairstow. A Test match that was largely dominated by India, England managed to get themselves back, in the fourth day of the Test match, owing to captain Ben Stokes’ spell that produced four wickets.