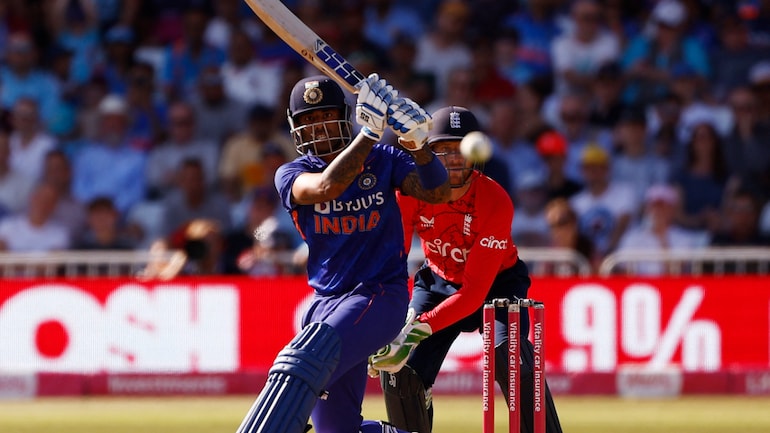 The right-handed batter showed a range of shots on his way to an impeccable century.

Chopra lavished praise on Yadav following his sensational innings in the 3rd T20I as he compared the battler with South Africa’s great AB de Villiers.

“Surya’s knock was not just bravado but also a lot about the game, a sense of knowing where the fielders were and where the bowlers were likely to bowl. He’s India’s very own Mr 360 degrees,” Chopra said exclusively on the Koo app.

India might have lost the match but the visitors won the T20I series 2-1 against England.

Coming into the match, England smashed 215 in the allotted 20 overs as Dawid Malan and Liam Livingston wreaked havoc on the Indian bowlers. Chasing 216, India didn’t have a great start as the visitors lost skipper Rohit Sharma, wicketkeeper Rishabh Pant and Virat Kohli inside 5 overs.

However, it was Suryakumar Yadav’s sensational century (117) that brought India close to the target before losing the match.

Both teams will now lock horns in the ODI series starting on Tuesday.