India added 245 runs in their second innings, with Cheteshwar Pujara and Rishabh Pant scoring 66 and 57 respectively. India set the 378-run target for England. 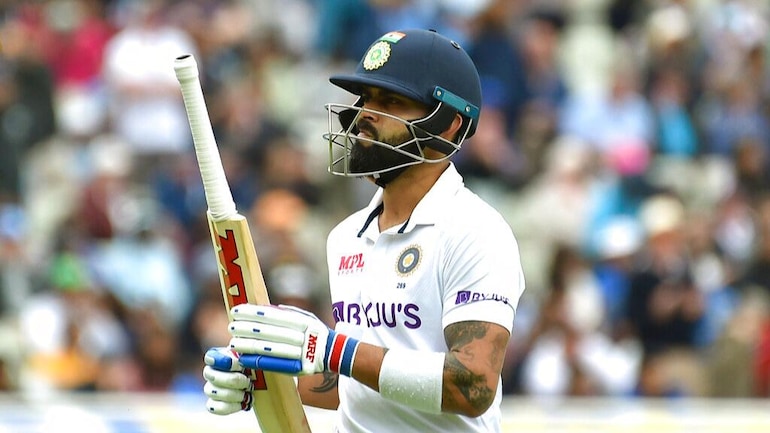 Virat Kohli walks off the ground after being dismissed for 20 runs in the second innings. (Courtesy: AP)

India batting coach Vikram Rathour rued the team’s batting against England, saying he was expecting one of them to play a big knock in the second innings of the rescheduled fifth Test at Edgbaston in Birmingham.

The visitors added 245 runs in their second innings, with Cheteshwar Pujara and Rishabh Pant scoring 66 and 57 respectively. India set the 378-run target for England.

“I’ll agree we had a pretty ordinary day as far as batting is concerned,” Rathour said in the press conference.

Bumrah struck for a second time and removed Ollie Pope for a three-ball duck. However, England recovered in no time as former captain Joe Root and Jonny Bairstow saw off Day 4 with a solid unbeaten 150-run partnership for the fourth wicket.

When asked about India’s bowling approach, Rathour said: “We need to bowl better in better areas. A couple of dropped chances so that made a difference. So that’s it.”

England are on 259 for the loss of three wickets at stumps. The hosts need 119 runs to win the fifth Test and square the series 2-2, with Root and Bairstow batting on 76 and 72 respectively.