ENG vs IND: 1st T20I: Jos Buttler failed to open his account in the Southampton game after Bhuvneshwar Kumar dismissed him. 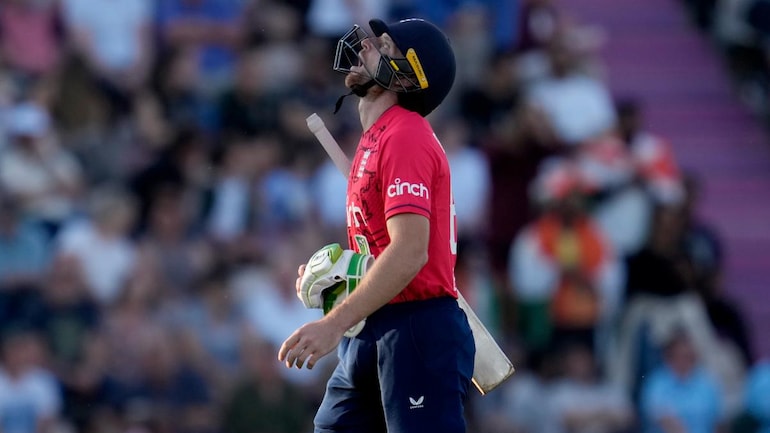 Jos Buttler admitted that England were completely outplayed by India in the opening match of the three-match T20I series at the Rose Bowl in Southampton. On Thursday, July 7, India defeated the Three Lions by 50 runs and took a crucial 1-0 lead in the series.

The hosts lost early wickets after being asked to chase 199, following which they failed to make a comeback. Buttler, who replaced Eoin Morgan as England’s white-ball skipper, lauded the Indian bowlers for making the ball talk, especially in the powerplay.

“We were outplayed today. India bowled fantastically well, we couldn’t get back from there. Thought we came back well with the ball in the second half. They were a little bit above bar, but their ball swung quite consistently early on and got wickets,” Buttler was quoted as saying.

Buttler also had words of praise for Bhuvneshwar and Chris Jordan, who toppled Adil Rashid to become England’s leading wicket-taker in T20Is. Moreover, it was Bhuvneshwar who sent back Buttler for a golden duck.

“Chris Jordan to come away with figures like that – he did fantastically well. Bhuvneshwar Kumar can swing it on most places. It swung more than usual, we probably had to hit one to the stands to reduce the swing (smiles),” he stated.

“There are a number of guys out due to schedule or injuries and given some boys some chances. Parkinson stood up to the challenge of bowling late in the innings,” Buttler added.

The second match of the series will be played on Saturday, July 9 at Edgbaston in Birmingham.