Jos Buttler heaped praise on Reece Topley after his impressive bowling spell against India on Thursday at Lord’s. 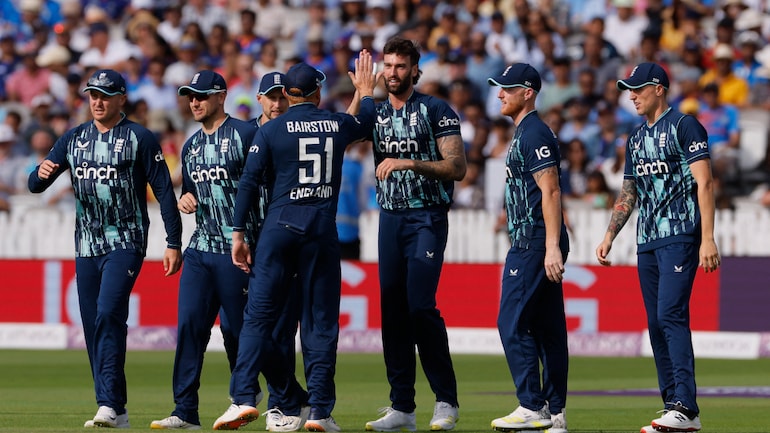 England captain Jos Buttler paid a glowing tribute to Reece Topley for his special performance against India during the second ODI on Thursday at Lord’s.

Topley ran through the Indian batting lineup as he took six wickets for 24 runs in 9.5 overs to secure a 100-run win and level the series one apiece.

The left-arm pacer made his debut way back in 2015, but his appearances for England have been restricted. Topley’s journey back to the national team has been nothing short of a fairytale and Buttler paid a glowing tribute to the 28-year-old during the post-match media interaction.

The England captain said he was happy for him and said that Topley brings in a lot of energy to the team. He also hailed the left-arm pacer’s second ODI heroics as ‘incredibly special.’

Buttler also opened up on Topley’s story and said that the 28-year-old has all the attributes to be a fantastic bowler on the international stage for England.

“It’s a tribute to his perseverance and his outlook on life and the game. He’s had really tough experiences, not knowing if he would play again, and that’s given him a real sense of perspective and a real enjoyment when he’s playing. He’s got all the attributes to be a fantastic international bowler and I’m delighted for him to get those results today,” said Buttler.

Talking about England’s batting performance, the skipper admitted that the team was a bit light on runs in the second ODI and said that the batters could do better. However, Buttler praised his teammates for being proactive and playing some positive shots.

I think we can bat better, absolutely we can, but instead of playing it safe and allowing the bowlers to just settle in on a length we actually were proactive and played some positive shots which I think earned us a few extra runs than potentially we may have got, I still think we could have got more. I think there’s a hell of a lot of experience in the batting line-up and I have so much trust in whoever’s in the middle to make the right call at the time. The whole dressing room will always back those guys,” said Buttler.