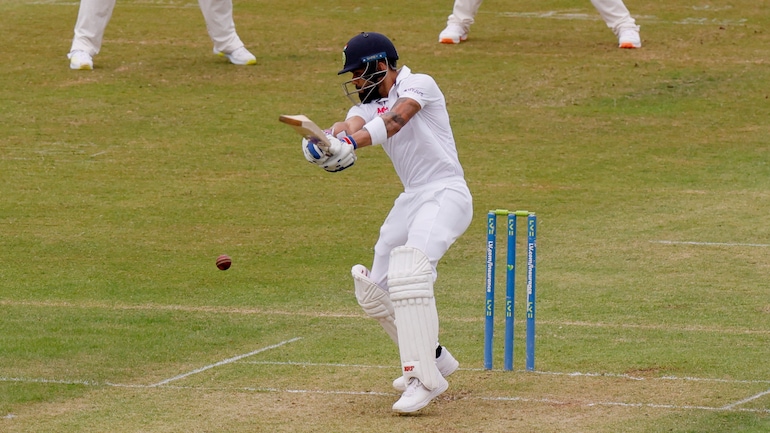 Former England captain Michael Vaughan has tipped Virat Kohli to break his century drought during the rearranged Test at Edgbaston. He also said the former captain will be the Indian to look out for during the match.

It has been some time since Kohli has scored a hundred in Test cricket with his last three-figure score coming way back in 2019. His last ton in the longest format of the game was against Bangladesh in Kolkata.

While the 33-year-old has made starts, he has failed to capitalize on them and get to big scores.

Now, Vaughan has tipped Kohli to break his drought against England during the fifth Test. Speaking to Cricbuzz, the former English skipper said that Kohli will be the Indian player to watch out for at Edgbaston.

He also said that the 33-year-old is due for a big score and if he can reach the 30-run mark, Vaughan reckons that the star batter will be able to score a hundred.

“The Indian player to look out for at Edgbaston is Virat Kohli. Just go back a few years when he produced one of the greatest Test match centuries on this ground. I think he’s due. When you look back, how long has it been since he got three figures?

“It’s been a long, long while for Virat Kohli. If he can get to 30, I reckon he’s going to get those three figures that he’s been desperately wanting for such a long period of time,” said Vaughan.

The Indian coach Rahul Dravid has already brushed aside concerns of Kohli’s hundred drought, saying that he wants match-winning contributions from the star batter, even if it is a 50 or 60.

“It’s not always focussing on those three figures like even a 70-odd (79) in a difficult situation in Cape Town (vs SA) was a good innings. Didn’t convert into a three-figure, but it was a good score.”Obviously, the standards that he has set, people only see hundreds as a success but for me, from a coaches’ perspective, we want contributions from him — match-winning contributions, whether it is a 50 or a 60,” said Dravid.