ENG vs IND, 5th Test: Rishabh Pant raced away to an 89-ball century to break England’s backbone in the fifth Test at Edgbaston in Birmingham. 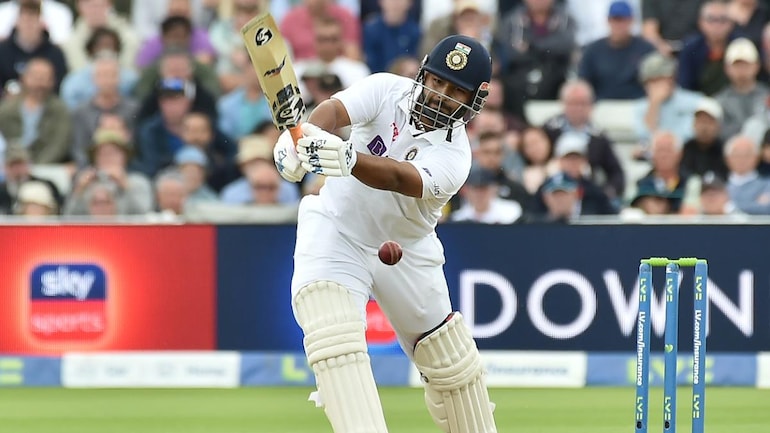 Left-hander Rishabh Pant, on Friday, July 1, broke MS Dhoni’s record of the fastest century by an Indian batter in Test cricket. The southpaw achieved the feat after he scored an 89-ball hundred against Ben Stokes’s England on Day one of the rescheduled fifth Test at Edgbaston in Birmingham.

Pant came to bat in the post-lunch session after India lost three early wickets of Shubman Gill, Cheteshwar Pujara and Virat Kohli in pretty quick succession. From there on, Pant blazed away to a half-century off 51 balls.

After reaching his fifty, Pant stepped further on the gas and racked up his century in double quick time. The now 40-year-old Dhoni scored a 93-ball century back in January 2006 against Pakistan in Faisalabad and he held the record for 16 years.

Pant is also one century short of Dhoni’s record of most centuries by an Indian wicketkeeper in Test cricket. Moreover, Pant has scored four out of the eight overseas hundreds that Indian keepers have got.

The 24-year-old Pant also became the first visiting wicketkeeper to score more than one overseas century on English soil.

After India lost a few early wickets, Pant and Ravindra Jadeja staged a stupendous comeback for the visiting team. Even as Pant played his shots without nurturing any inhibition, Jadeja put his head down and lent his partner the required support.

Pant scored his first overseas century against England back in September 2018 during the fourth Test at the Kennington Oval in London. It was the same four-match Test series where the Uttarakhand-born Pant made his debut in the purest format of the game.