Former Indian selector Saba Karim has been left impressed with Rishabh Pant’s process in the batting order after his stunning knock against England. 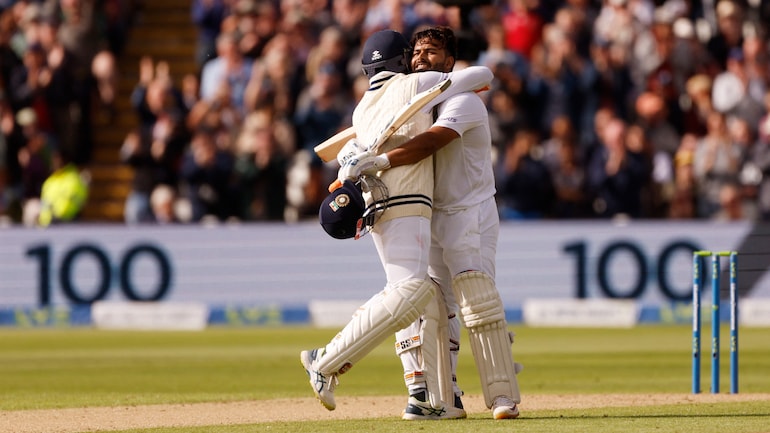 Former Indian selector Saba Karim was left impressed with Rishabh Pant’s knock of 146 off 11 balls. The Indian wicket keeper scored his fifth Test century in the longest format of the game at Edgbaston on Friday, 1 July. Coming into bat when India were are a precarious position, Pant’s counter attacking partnership alongside Ravindra Jadeja took the Indian team to a respectable score after being reduced to 98/5 in the early hours of the Test match.

“He has worked out his game plan in Test cricket. There is a clarity in his thought process, he knows when to attack, he knows when to defend. He also understands the situation of the game and can bat according to that,” the former India player said.

“I think it has been a revelation the way Rishabh Pant’s Test match career has shaped up so far. In so many occasions, he has bailed out India’s so-called fragile batting line-up,” he further added.

Pant took on the English bowlers, stepping down to the pacers and smashing them all over the park. This pushed England into switching to Jack Leach in the hopes of turning the ball away from the left-handed batters. But the move did not come to pass as Pant took a liking to the off spinner and deposited him at will.

“That shows the way he has been playing these days. His confidence and his willingness to control the entire innings,” Karim said.

“He has shown maturity but at the same time he loves to counter-attack in such a splendid manner. It comes too easily to him, so there is a huge difference between his white ball batting exploits compared to his red ball batting exploits,” he further added while speaking to Harsha Bhogle in the broadcast.