ENG vs IND, 3rd ODI: Rishabh Pant scored his maiden century for the Men in Blue in the 50-over format. He was also involved in a 133-run partnership with Hardik Pandya. 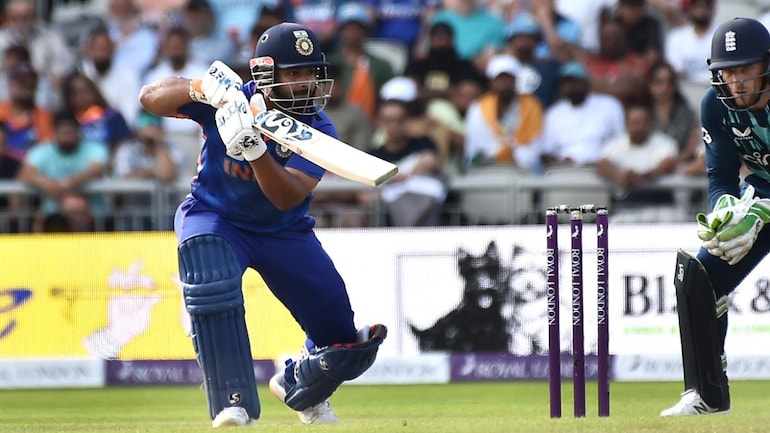 Rishabh Pant, on Sunday, July 17, went berserk and scored his maiden century in ODIs. The left-hander rose to the occasion and raced to the three-figure mark in India’s third and final ODI against England at Old Trafford in Manchester.

After making his debut back in October 2018, Pant scored five half-centuries in his first 26 ODIs for the Men in Blue with a top score of 85. Pant came to bat with India reeling at 21 for two in five overs after being asked chase down 260.

Soon after, the visitors were reduced to 72 for four in 16.2 overs. With India under pressure to save the match and the series, the southpaw put his head down initially. But once he got the measure of the conditions and the English bowling, there was no stopping Pant.

Starting with, he was involved in a 133-run partnership for the fifth wicket with Hardik Pandya, who scored a 55-ball 71 before getting out to Brydon Carse.

Pandya’s dismissal didn’t bog Pant down by any stretch of the imagination as he kept going for his shots. Pant went into the 90s with a colossal six off left-arm pacer David Willey. Pant showed that he was not going to slow down before reaching his century.

At 97, Pant also had the rub of the green going his way after he also gave a simple catch to a fielder on the leg-side.

Thereafter, he pulled one on to the on-side for a single to bring up his century off 106 balls. Having played the knock, Pant continued his dream run on the current England tour.