England vs India: Rohit Sharma and Shikhar Dhawan are the 2nd Indian opening pair after Sachin Tendulkar and Sourav Ganguly to score more than 5000 runs together in ODIs. 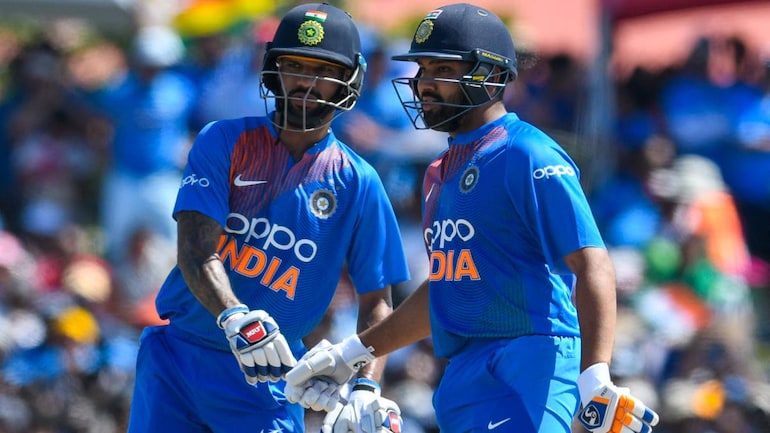 Rohit Sharma and Shikhar Dhawan etched their name in the record books as they became only the 4th opening pair in ODI history to go past 5000 runs together. The two started opening the innings back in 2013 during the ICC Champions Trophy in England, which India won. Over the last several years, Rohit and Dhawan have been among the most destructive opening batsmen in world cricket and have been instrumental in several Indian victories.

On Tuesday, during the first ODI against England at the Oval, Rohit Sharma and Shikhar Dhawan became only the second Indian opening pair after Sachin Tendulkar and Sourav Ganguly to go past 5000 runs in one-day internationals. Tendulkar and Ganguly, who opened together from 1996 to 2007 in 136 innings, added 6609 runs and were involved in 21 hundred-run and 23 50-run partnerships.

Meanwhile, Rohit notched up a sublime fifty as the tourists thrashed England by 10 wickets after a career-best performance of 6/19 by Jasprit Bumrah in the first ODI. Rohit (76*) and fellow opener Shikhar Dhawan (31*) made light work of England’s 110, knocking off the victory target with 31.2 overs to spare.

The home side were eventually bowled out in 25.2 overs for their lowest total against India in 50-over cricket. Their previous lowest – 125 – came at Jaipur in 2006. The second match of the series takes place at Lord’s on Thursday.