ENG vs IND, 1st ODI: Suryakumar Yadav is currently playing the opening ODI at the KIA Oval after scoring a century in the third T20I in Nottingham. 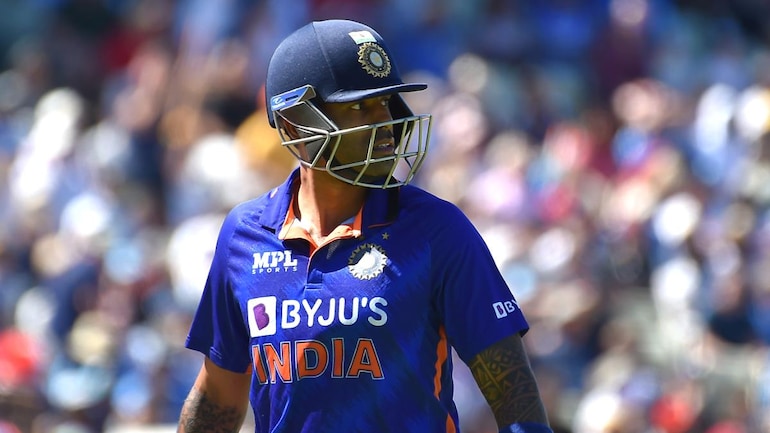 Suryakumar Yadav said that he was happy with the knock he played in the third and final T20I against India on Sunday, July 10 at Trent Bridge in Nottingham. The right-hander smashed a 48-ball century, but failed to help India chase 216 against Jos Buttler’s England.

Yadav came to bat after the Men in Blue lost the three early wickets of Rohit Sharma, Virat Kohli and Rishabh Pant. From there on, the veteran threw the kitchen sink at everything. However, after he perished in the 19th over, the visiting team failed to get past the finish line.

Suryakumar also became the sixth Indian after Suresh Raina, KL Rahul, Rohit Sharma, Deepak Hooda and Harmanpreet Kaur to score a century in T20Is. Yadav said that when he came out to bat, he felt India still had a chance to win the contest.

“I think am really happy with how things went about in the T20Is. There was a slight opportunity to take the team across the line (in the third T20I), it was very close, but a good learning for me going forward. It was important to take that positive road, I wasn’t thinking about anything else. I wanted to be fearless, really happy with that knock,” Suryakumar was quoted as saying.

The 31-year-old from Mumbai scored 117 runs off 55 balls with the help of 14 fours and six sixes before off-spinner Moeen Ali accounted for his prized scalp. Yadav made his T20I debut for India last year after his stellar performance for the Mumbai Indians (MI) in the 2021 Indian Premier League (IPL).

Yadav has been included in India’s playing XI for the opening ODI on Tuesday, July 12 at the Kennington Oval in London.