Graeme Swann has said that he would have Yuzvendra Chahal in the Indian Test squad straight away and also called him world-class. 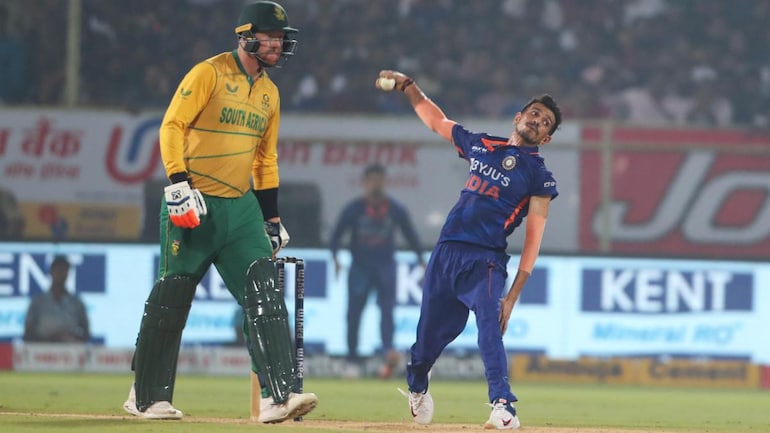 Former England spinner Graeme Swann has said that he would have Yuzvendra Chahal in the India Test squad straight away and said that the 31-year-old is world-class.

Chahal has been one of India’s top bowlers since making his debut in 2016. He has appeared in 61 ODIs and has picked up 104 wickets. In T20Is, he has 75 scalps from 60 matches. However, the leg-spinner is yet to play a single game in the longest format of the game.

Speaking to The Times Of India, Swann said that he would pick the Indian spinner straight away into the Test squad if the 31-year-old wants to represent his nation in the longest format.

“I’d sit down with Yuzi and I’d say, ‘What is it? Do you want to play for India?’ If he does, I’d have him in the squad straight away,” said Swann.

The former England cricketer also said that he thinks Chahal is world-class and is the best spinner in the world in his opinion. He also expressed his admiration for Chahal’s ability to bowl in tricky conditions.

“I think he is world-class, he is the best spinner in the world in my opinion. His control, bowling leg-spin in very tricky conditions, especially when that ball gets dew on it and gets wet is incredible,” said Swann.

The former English bowler also said that spinners get easily pigeonholed into one or the other format by the selectors very early in their careers and then find it hard.

“Definitely people get pigeonholed into one or the other format and can then find it hard.”

“Well, I should say Yuzi is the best white-ball spinner then because we don’t know if he can be the best red-ball spinner. But it shows that some cricketers have been pigeonholed into the white-ball format,” said Swann.