Former cricketer Sanjay Manjrekar praised Hardik Pandya and said that the Indian all-rounder is now a changed man. Manjrekar also said he is seeing a lot of maturity in Pandya at the moment. 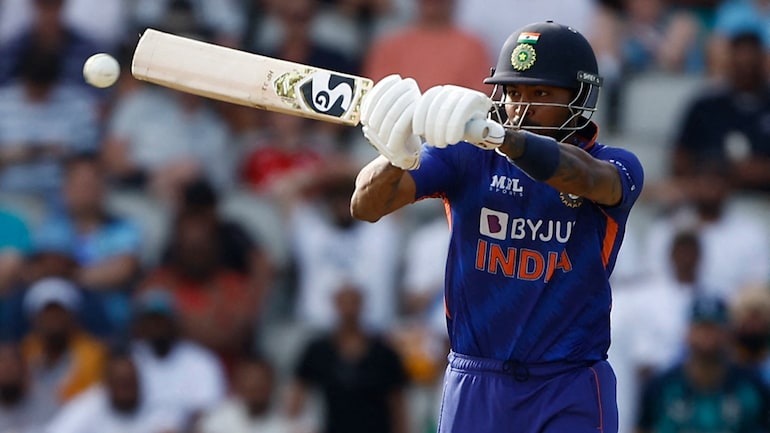 Pandya won the Man Of The Series award against England (Courtesy: Reuters)

Former cricketer Sanjay Manjrekar has claimed that Indian all-rounder Hardik Pandya is a changed man now and he sees a lot of ambition in him at the moment.

Pandya has been having one of the best spells of his playing career as the 28-year-old led Gujarat Titans to the IPL trophy in their maiden season and also went on to captain India for the first time during the Ireland tour.

The all-rounder was in fine form during the series decider against England on Sunday as he picked up his career-best figures of 4 for 24 and also scored a vital 71 as India won the match. Pandya was also adjudged the Man Of The Series for picking up six wickets and scoring 100 runs during the three matches.

He praised Gujarat Titans for making one of their marquee signings and said that he currently sees a lot of maturity, responsibility and ambition in the Indian all-rounder.

“Absolutely, Hardik Pandya is a completely changed guy. It was a wildcard that the franchise played. First of all, picking him as one of their first players, before that his fitness was a problem, his batting was an issue for the earlier franchise. Not only did they pick him, and back him as one of their marquee players they gave him the captaincy. Just the way the league turned out for him. Hardik Pandya is a changed man now, there’s a lot of maturity, responsibility and ambition as well. I see a sense of ambition coming into him. And once you have that, wanting to grow within Indian Cricket then there’s tremendous motivation. He’s also addressing himself in third person now. Hardik Pandya has arrived,” said Manjrekar.