IRE vs IND, 2nd T20I: India defeated Andrew Balbirnie’s Ireland by 4 runs in Dublin to pocket the series 2-0. Deepak Hooda became the Player of the Match for his century. 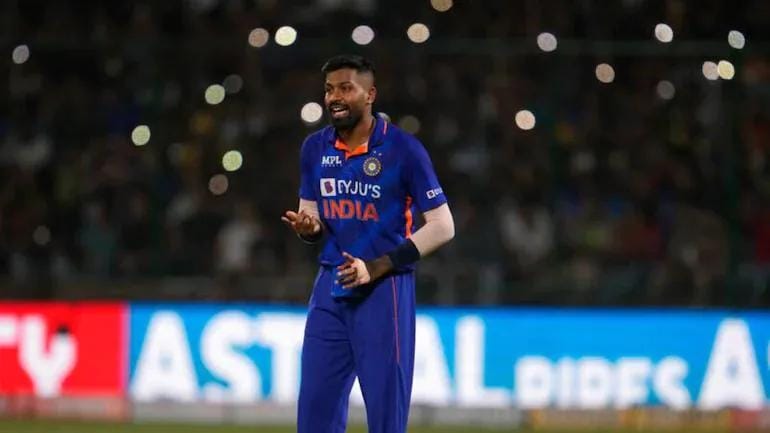 Team India skipper Hardik Pandya explained the rationale for giving Umran Malik the responsibility of bowling the final over of the match against Ireland on Tuesday, June 28 at The Village in Dublin. With India needing to defend 17 runs off the last over, Malik, playing only his second T20I, held his nerve and helped his team secure a four-run victory and a 2-0 series triumph.

Hardik reckoned it’s tough for batters to face express pace and hence, he went with Umran. Pandya also lauded the bowlers for making sure that Ireland didn’t get past the finishing line.

“(Final over) Not worried to be honest. Wanted to keep pressure out of my equation, wanted to be in the present. I backed Umran since he has pace. With his pace, it’s difficult for people to hit. I think we’ve come to play a game of cricket, so Ireland were going to show us what they have.

“Credit to them, they played amazing shots. At the same point of time, credit to our bowlers to cross the line,” Hardik was quoted as saying.

Pandya also had words of praise for Deepak Hooda, who scored his maiden international century off 55 balls. It was Hooda’s knock that helped India post a significant score of 225 on the board. Hooda also went on to win the Player of the Match award for his stupendous knock.

“The crowd was amazing. Their favourites boys were Dinesh and Sanju, great to see them enjoy them. Good for us to experience cricket in this part of the world too. Grateful to the fans,” Hardik said.

“Proud. As a child, it is everyone’s dream to play the country. At the same point of time, leading and getting first victory and now first series win is special. Also happy for Hooda as well, the way he batted. And Umran,” he added.