England middle order batter Jonny Bairstow has been awarded the men’s player of the month award in June after he smashed New Zealand out in their first series of the 2022 summer. 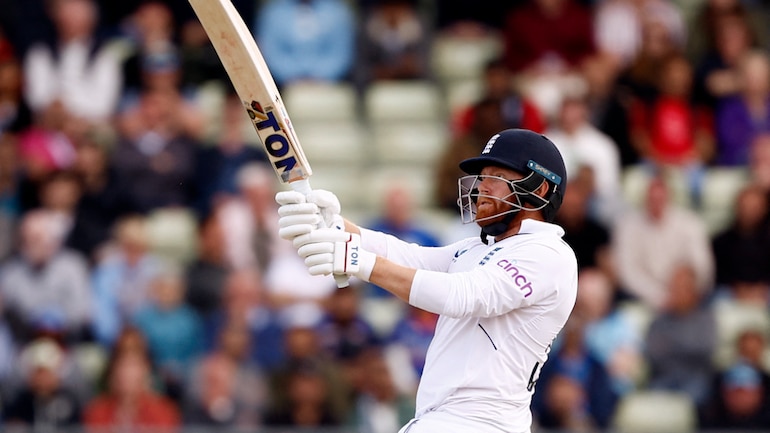 Bazballing Jonny Bairstow has been awarded the ICC player of the month for June, 2022 after his exceptional outings against New Zealand in the first Test series of the England summer. Bairstow’s counter-attacking innings, shifted momentum in the last two Test matches of the the three-match series against Kane Williamson’s team and earned the hosts crucial points in the World Test Championship cycle, a tournament where they had been tottering under the leadership of Joe Root.

England changed their captaincy to Ben Stokes ahead of their summer at home, and had a turnaround in their fortunes. England went from a conservative to an attacking side overnight and whitewashed the New Zealand side, which dominated them in the last summer, right ahead of the World Test Championship final.

Jonny Bairstow has hit five Test centuries in 2022 the most by a player in this calendar year #WTC23 | #ENGvIND pic.twitter.com/dbhnKYxE2g

Bairstow was the shining star beside former England captain Joe Root in that series, but pipped him for the award for his attacking nature and bringing excitement back into Test cricket. The right hander did not stop there and scored twin centuries against India in the fifth, rearranged Test match between India and England. Bairstow’s first one came after Virat Kohli poked him, which turned his struggling innings into a fascinating one inside a space of just few balls.

The second one was a more patient one for his team, where he combined with Joe Root to chase down a record target in the final two days of the game at Edgbaston.