India pacer Navdeep Saini shone on his County Championship debut for Kent as he picked up a 5-wicket haul in the match against Warwickshire at Edgbaston in Birmingham. 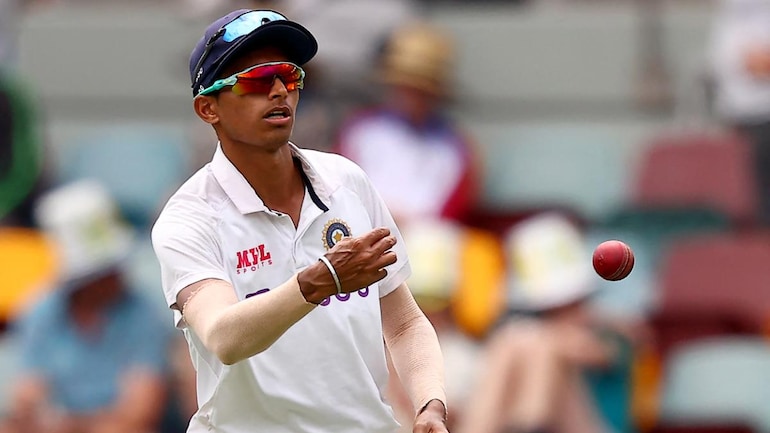 India pacer Navdeep Saini followed in the footsteps of compatriot Washington Sundar with a 5-wicket haul on his County Championship debut. Saini, who was signed by Kent, picked up the five-wicket haul against Warwickshire at Edgbaston in Birmingham.

The right-arm Indian pacer got the wickets of Chris Benjamin, Dan Mousley, Michael Burgess, Henry Brookes and Craig Miles to complete his maiden County five-for as Kent bowled Warwickshire out for 225 in their first innings, after they themselves were skittled out for 165.

Saini (Kent) is plying their trade in the county championship alongside Cheteshwar Pujara (Sussex), Umesh Yadav (Middlesex) and Washington Sundar (Lancashire). India allrounder Krunal Pandya will soon be representing Warwickshire in the Royal One Day Championship as well.

Saini made his international debut back in 2019 in the West Indies but lost his place in the national side soon after. However, recently, he was a net bowler for the Indian team ahead of the rescheduled fifth Test against England at Edgbaston in Birmingham. The 29-year-old Saini has played for India across all three formats and has featured for a number of teams in the Indian Premier League (IPL).

What a way to enter county cricket pic.twitter.com/q29h4KO4O6

Saini has signed up with Kent for three matches in the County Championship and five Royal One Day Cup matches. He thus became the second Indian cricketer after the legendary Rahul Dravid to play for Kent.

“It’s a great opportunity to play county cricket and I’m looking forward to giving my all for Kent,” Saini said.

“In a year when it’s been difficult to take wickets, we’re excited to have the opportunity to add a fast bowler of Navdeep’s quality to our squad,” said Paul Downton, Kent’s Director of Cricket.

Saini has played two Tests, eight ODIs and 11 T20Is for India so far and taken a combined 21 wickets in them.