Rohit Sharma and Shikhar Dhawan have become only the 2nd Indian opening duo after Sachin Tendulkar and Sourav Ganguly to go past 5000 runs in ODIs. 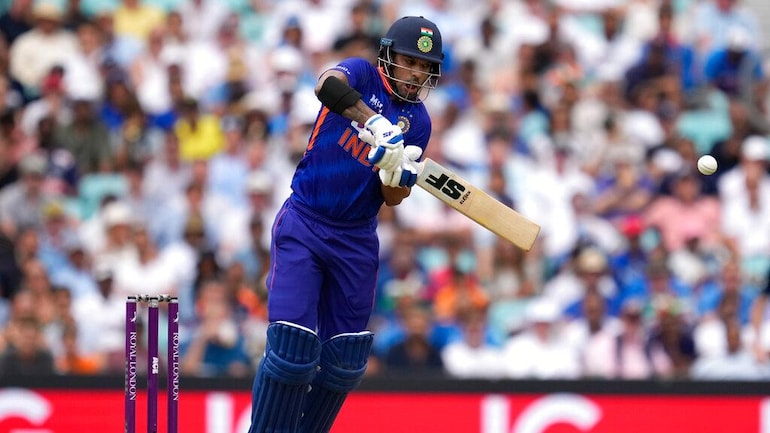 Shikhar Dhawan playing a shot during the 1st ODI against England. (Courtesy: AP)

India opener Shikhar Dhawan echoed captain Rohit Sharma’s post-match comments, saying the bond between the two is still strong after the Men in Blue defeated England by 10 wickets in the first ODI.

Rohit (76*) and Shikhar (31*) stitched an unbeaten 114-run opening stand to give India a 1-0 lead against England in the three-match series.

“9 years on, the bond is still strong @ImRo45. Congratulations to the Team India for the spectacular victory,” said Dhawan.

9 years on, the bond is still strong @ImRo45 Congratulations to the Team India for the spectacular victory #IndVsEng #ODISeries pic.twitter.com/eWiQvCP3zq

The duo etched their names in the record books as they became only the fourth opening pair in ODI history to go past 5000 runs together. Rohit and Shikhar started opening innings for India during the 2013 ICC Champions Trophy in England, which India won.

Over the years, the two became one of the most destructive opening pairs in the 50-over format. Rohit and Shikhar have also become only the second Indian opening duo after Sachin Tendulkar and Sourav Ganguly to go past 5000 runs in ODIs.

Tendulkar and Ganguly, who opened the innings between 1996-2007, scored 6609 runs together and were part of 21 hundred-run and 23 fifty-run partnerships.

Rohit, in the post-match presentation, said: “(Dhawan and I) have played a lot of cricket together. We understand each other well, except for the first ball (when there was a run-out chance)… We know what he brings for us; a very experienced player. The pull or hook is a high-risk shot, but I back myself to play that. As long as it keeps coming, I am happy.”