India tour of England: Mayank Agarwal is all set to join the India squad in Birmingham amid uncertainty over Rohit Sharma’s participation in the much-anticipated 5th Test. Rohit tested Covid-19 positive on Saturday. India batter Mayank Agarwal departed for Birmingham on Monday, June 27, days ahead of the rescheduled fifth Test against England. Mayank is all set to link up with the Indian squad which has been training for the much-anticipated series decider against England, which will get underway from July 1 at Edgbaston in Birmingham.

Mayank Agarwal has reportedly been called up to the Indian Test squad as cover for Rohit Sharma. The India captain is in doubt for the Test match after he tested positive for Covid-19 in a Rapid Antigen Test on Saturday. Rohit is in isolation and is being monitored by the BCCI medical team in Leicestershire.

Mayank took to social media to share a photo of his departure to Birmingham. The India opener, who was not picked in the initial squad after a disappointing show at home against Sri Lanka earlier this year, is expected to reach England later in the evening.

Notably, Rohit led India in the 4-day practice match against Leicestershire last week. The Indian captain batted in the first innings and scored 25 runs but he did not take the field during the 2nd innings, raising quite a few eyebrows. The BCCI confirmed on Sunday that Rohit would undergo an RT-PCR test which would determine his CT value.

With doubts over Rohit’s participation, Mayank is set to join the rest of the squad. 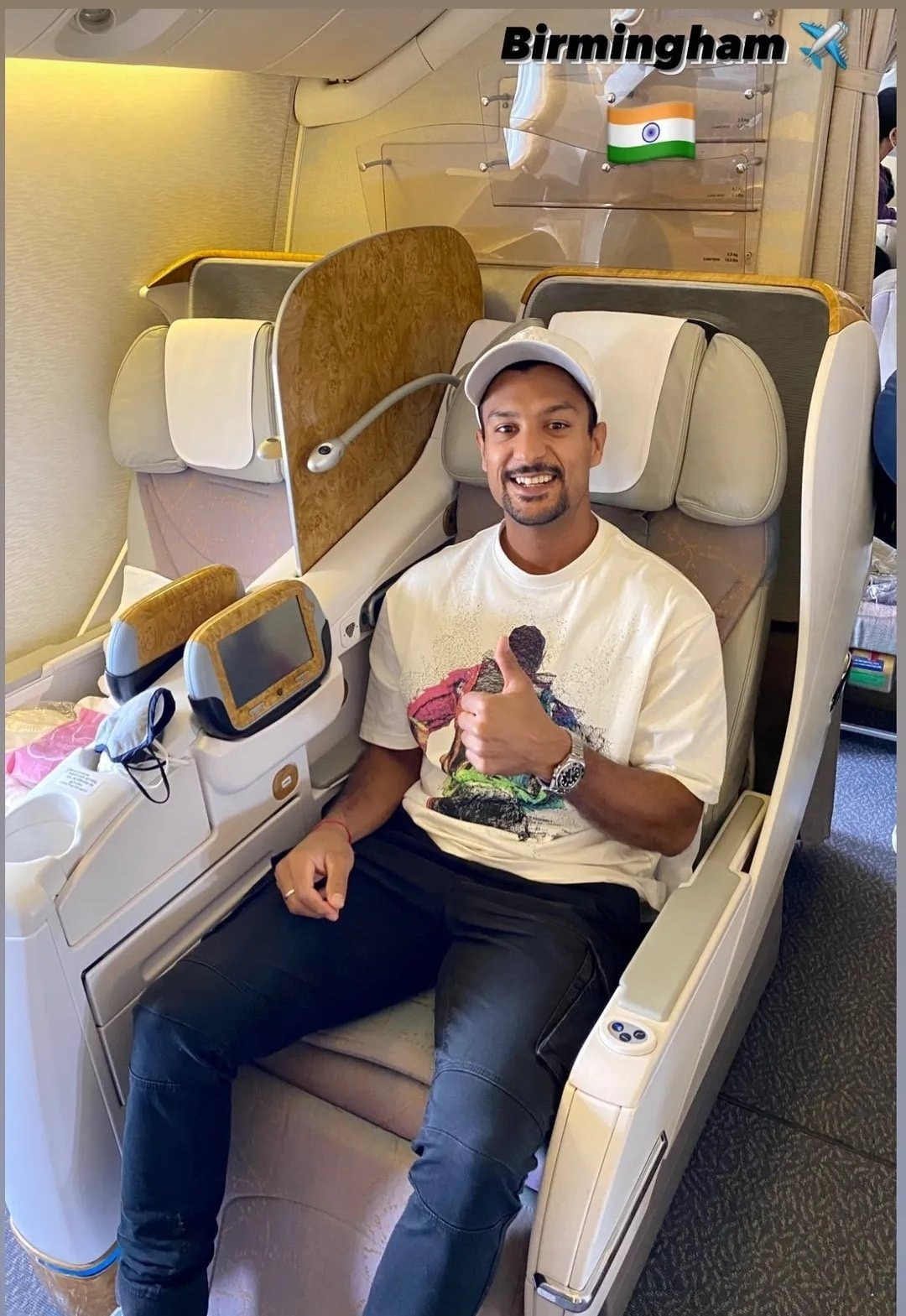 India don’t have KL Rahul for the 5th Test as the vice-captain suffered a groin injury that also ruled him out of the 5-match T20I series against South Africa at home earlier this year.