2nd T20I, IRE vs IND: India defeated Ireland by 4 runs at The Village in Dublin to win the T20I series 2-0. Deepak Hooda scored his maiden century for India. 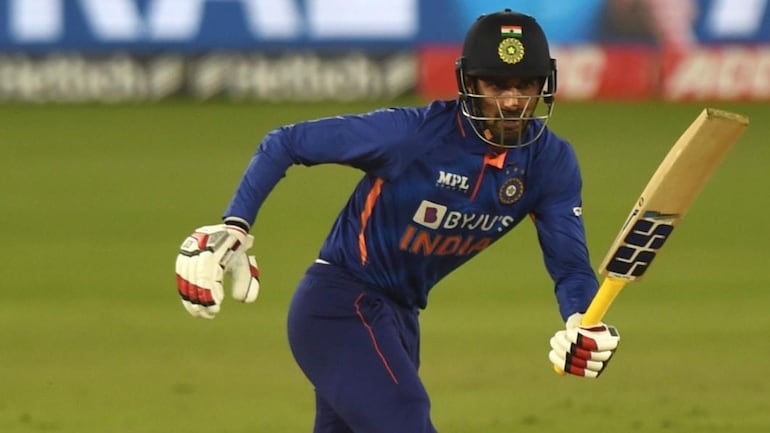 India, on Tuesday, June 28, defeated Ireland by four runs in the second and final T20I of the two-match series at The Village in Dublin. Subsequently, the Men in Blue won the series 2-0.

After winning the toss and electing to bat first, India lost the early wicket of Ishan Kishan. Mark Adair dismissed the southpaw, who could have done a lot of damage. From there on, India went from strength to strength and racked up a massive score of 225 for seven on the board.

Sanju Samson and Deepak Hooda’s 176-run partnership for the second wicket put India in the driver’s seat. The right-handed Samson went on to score 77 off 42 with the help of nine fours and four sixes. However, Hooda carried on and racked up his maiden T20I century off 55 balls.

Hooda also became the fourth Indian batter after Suresh Raina, KL Rahul, and Rohit Sharma to notch centuries in T20Is. His 104-run knock off 57 balls was laced with nine fours and as many as six sixes.

Adair was the standout bowler for Ireland as he accounted for three scalps. Joshua Little and Craig Young picked up two wickets apiece for the home team.

Ireland started their run-chase on an impressive note after Paul Stirling and skipper Andrew Balbirnie put on 72 runs for the opening wicket off 5.4 overs. Stirling failed in the first game of the series but made amends with an 18-ball knock of 40.

Balbirnie also scored 60 runs off 37 balls and kept Ireland in the hunt for victory. The Irish team found themselves in a bit of a hole after Gareth Delany and Lorcan Tucker failed to make much of an impact.

From there on, Harry Tector and George Dockrell came out firing on all cylinders. Bhuveshwar Kumar removed Tector, who scored 39 runs off 28 balls. George Dockrell played a quickfire knock of 34 off 16, but his knock went in vain.