IRE vs IND, 2nd T20I, Umran Malik defended 17 runs in the final over and helped India win the second match against Ireland by four runs. 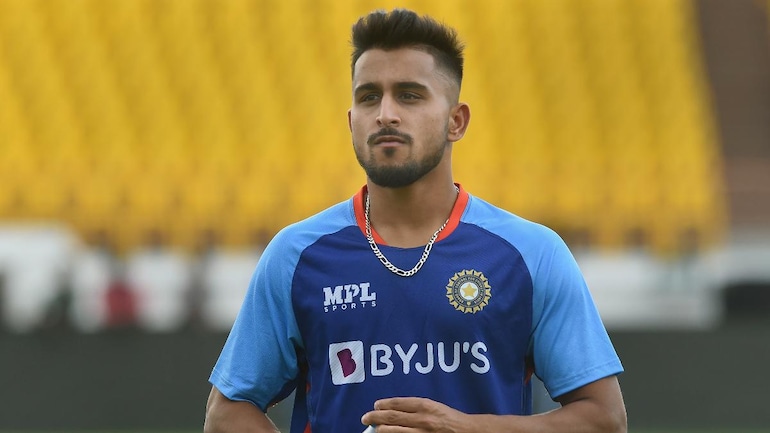 Fast bowler Umran Malik was relieved after he bowled the final over and helped India defeat Ireland in the second and final T20I on Tuesday, June 28 at The Village in Dublin. Malik needed 17 runs to defend and the Men in Blue won the game by four runs to beat Andrew Balbirnie’s Ireland 2-0.

The teeraway speedster bowled a no ball and conceded two fours in his first three deliveries before giving away only three runs off the final three deliveries. Malik said that he got emotional when Bhuvneshwar Kumar handed him the India cap before the first T20I on Sunday.

“It was a dream for me to play for India and it has come true. I was almost in tears when Bhuvi bhai handed me the cap,” Malik was quoted as saying in a video uploaded on BCCI’s official Twitter handle.

“It felt good after I successfully defended 17 runs in the final and we won the series,” he stated.

The 22-year-old Malik also expressed gratitude to skipper Hardik Pandya for showing enough faith in him. The pacer also revealed how the captain kept on guiding him during the crunch phase of the game.

“Thankful to Hardik bhai for showing faith in me and thanks to god that I didn’t let him down,” Malik added.

Malik, who made a name for himself after playing for the Sunrisers Hyderabad (SRH) in the Indian Premier League (IPL), finished with bowling figures of 4-0-42-1. After going wicketless in the first T20I, Malik picked up his maiden international wicket in the form of Lorcan Tucker.