Former Liverpool forward Sadio Mane and his Senegalese teammate and Chelsea goalkeeper Edouard Mendy have also been shortlisted for the 2022 African Men’s Player of the Year award. 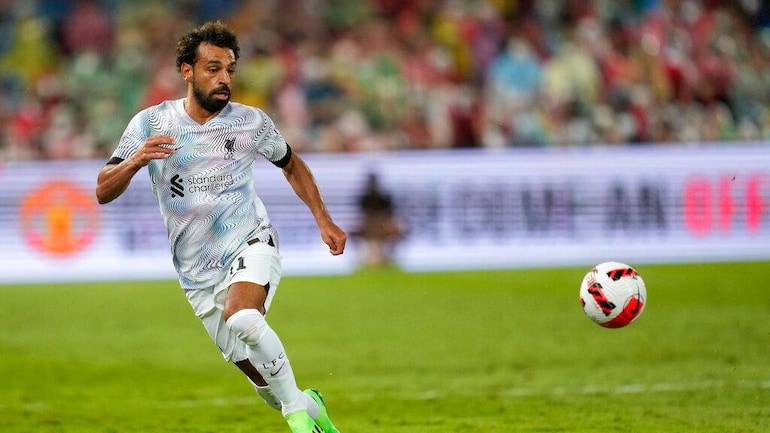 Mohamed Salah helped inspire Egypt to the final of the 2022 Africa Cup of Nations. (Courtesy: AP)

Liverpool forward Mohamed Salah has been named in the three-man shortlist for the 2022 African Men’s Player of the Year award. Former Red forward Sadio Mane and Chelsea goalkeeper Edouard Mendy complete the list for the trophy.

The 2022 African Player of the Year award will be announced on Thursday (July 21).

Salah helped inspire Egypt to the final of the Africa Cup of Nations in February. The 30-year-old made 51 appearances for Liverpool last season, scoring 31 goals while providing 16 assists.

Salah, who joined Liverpool in 2017, earlier this month signed a new long-term contract with the Reds. He was one of the key members of Liverpool’s run last season, winning the FA and Carabao Cups and reaching the Champions League final. Liverpool missed out on the 2021-22 Premier League glory after falling one point short to the eventual champions Manchester City.

Sadio Mane, who has signed a three-year contract with Bayern Munich, had scripted history last month when he became his national team Senegal’s all-time top scorer. He achieved the feat during an Africa Cup of Nations qualification match against Benin, when he netted all the goals in Senegal’s 3-1 victory.

Mane’s national teammate and Chelsea goalkeeper Edouard Mendy made 34 appearances for the London-based club. During Senegal’s victory over Egypt in the 2022 Africa Cup of National final, Mendy proved instrumental as Senegal came out on top in a penalty shootout.