Before the likes of Roger Federer and Novak Djokovic became the World No.1, Hewitt held the top spot for as long as 80 weeks. 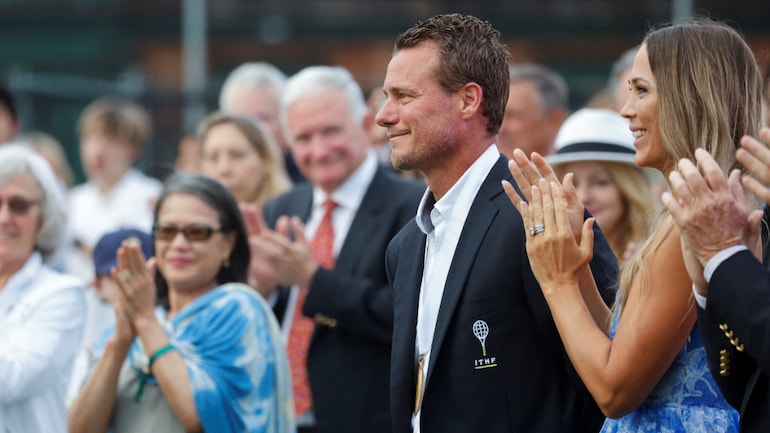 Former Australian star Lleyton Hewitt was overjoyed after being inducted into the International Tennis Hall of Fame. On a Saturday evening in Newport, the 41-year-old Hewitt expressed gratitude in the presence of his family and friends.

Before the likes of Roger Federer and Novak Djokovic became the World No.1, Hewitt held the top spot for as long as 80 weeks. The Adelaide-born tennis player won two major singles titles in his illustrious career.

“The Hall of Fame seemed like something that was so far away from me ever being part of. It was never something I ever thought about as a player, and it was always, I thought, for the people that were my idols growing up and the absolute legends of the sport,” Hewitt was quoted as saying during the induction ceremony.

Back in 2001, Hewitt became the world no.1 at the age of 20. Hewitt also talked about his interaction with Australian legend John Newcombe when he was a teenager.

“The biggest thing he told me was about the famous Kipling poem ‘If’, and especially about the famous two lines that are written above the walkway out on Centre Court at Wimbledon. If you can meet with triumph and disaster and treat those two imposters just the same,” he stated.

Hewitt also talked about the pleasure of playing alongside the likes of Federer, Nadal, Djokovic, Pete Sampras and Andre Agassi.

“I feel fortunate that I was able to play across different generations. I was able to be on the same court as my heroes that I looked up to, like Andre Agassi and Pete Sampras, and then go on and compete against three of the greatest tennis players our sport has ever seen in Roger Federer, Rafael Nadal and Novak Djokovic,” Hewitt added.

Back in January 2016, Hewitt bid adieu to tennis following the Australian Open.