Matthijs de Ligt has revealed that Louis van Gaal advised him that he would “fall in love” with Bayern Munich if he was to move to the club. 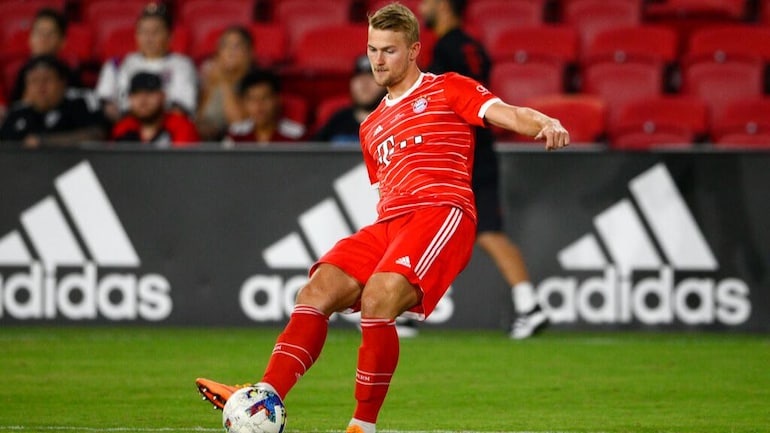 Netherlands international Matthijs de Ligt revealed that the national team coach advised him that he would “fall in love” with Bayern Munich if he joined the Bundesliga giants. De Ligt has signed a five-year contract at Bayern after Juventus accepted a reported offer of £68 million pounds ($81.7-million US dollars).

The 22-year-old center-back started his career at Ajax, captaining the 2018-19 Eredivisie and KNVB Cup double-winning side that reached the semi-finals of that season’s Champions League, before moving to Turin in July 2019.

“Yeah, incredibly happy of course, to become part of such a big club with such a big history. The biggest club in Germany, one of the biggest clubs in the world. For me, it’s an amazing honour and I’m really happy to be here.”

“First of all because I really felt the love and appreciation from the board, from the trainer (Julian Nagelsmann). That’s for me really important. And second of all, I think Bayern Munich is an amazing club. It’s one of the best, run clubs, I think, in the world. And yeah, I’m really proud to be, part of this group.”

“At the beginning of the summer I discussed my future with Van Gaal and he had nothing but good words for Bayern. He praised their philosophy and told me that if I went there, I would fall in love with them.”

On Nagelsmann, De Ligt added that he believes the German can help him advance his talents, adding: “He has shown that young people with him can grow and develop. I still see myself as such and want to improve.”