Skip to content
Suhana Khan, Ananya Panday and Shanaya Kapoor are childhood friends and have practically grown up together. The trio still share a close bond with each other.

The young divas got recently grabbed many eyeballs at Farhan Akhtar and Shibani Dandekar‘s post-wedding bash hosted by Ritesh Sidhwani at his residence. Malaika, who also attended the do, shared a stunning picture of the three best friends on her Insta Story and wrote, ‘Baby dolls alll grown up!’, followed by a heart emoticon.

Check out the photo here: 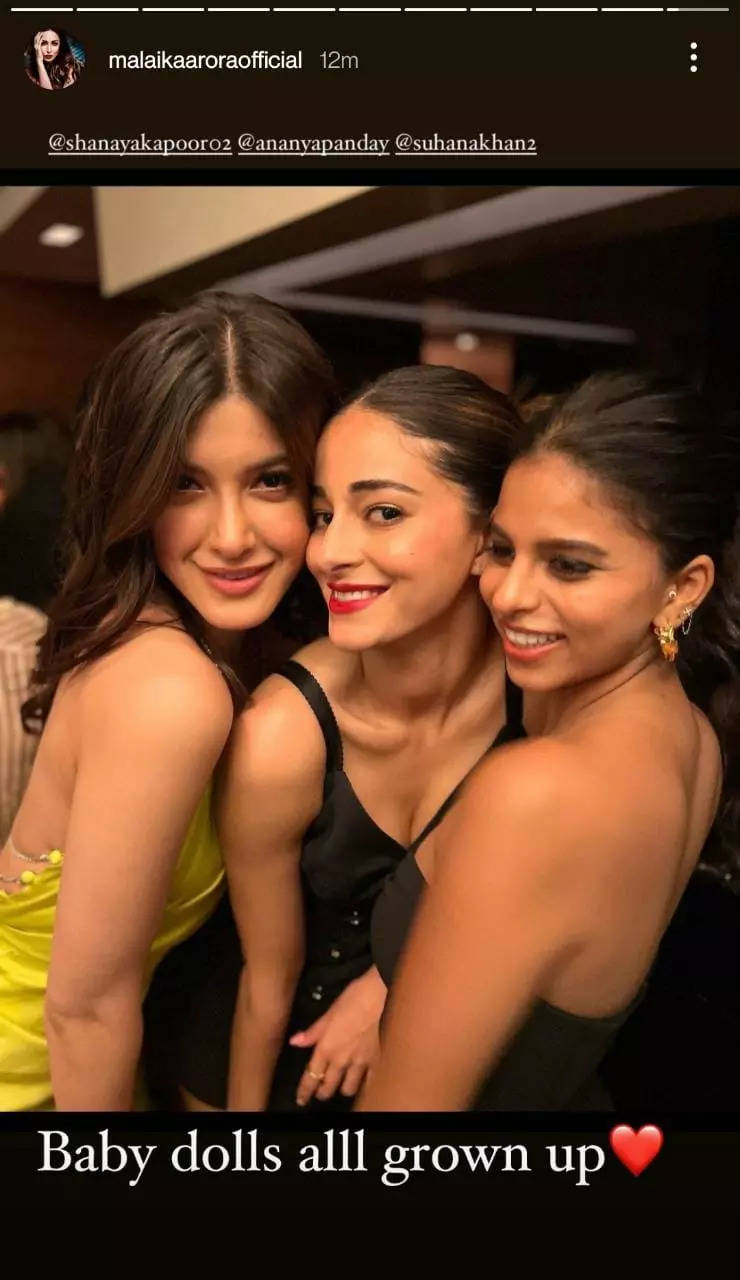 While Suhana and Ananya are seen twinning in gorgeous black outfits, Shanaya opted for neon green satin dress for the occasion. The pretty ladies are all smiles for the camera.

Ananya has already made her big Bollywood debut with Karan Johar‘s ‘Student Of The Year 2’ co-starring Tiger Shroff and Tara Sutaria. Ever since then, the actress has been on a roll. She was last seen in Shakun Batra’s ‘Gehraiyaan’ where she shared the screen space with Deepika Padukone and Siddhant Chaturvedi.

Shanaya is also all set to make her debut with Dharma Productions. Although the makers have already made an official announcement regarding the same, details of the project and the cast is yet to be unveiled.

Suhana, on the other hand, also harbours acting aspirations like her superstar father. Reports are rife that she will be launched with Zoya Akhtar film which will also star Amitabh Bachchan’s grandson Agastya Nanda. However, there has been no official confirmation on the same.