Manchester United on Tuesday confirmed their first signing of the summer as Tyrell Malacia made the move from Feyenoord. 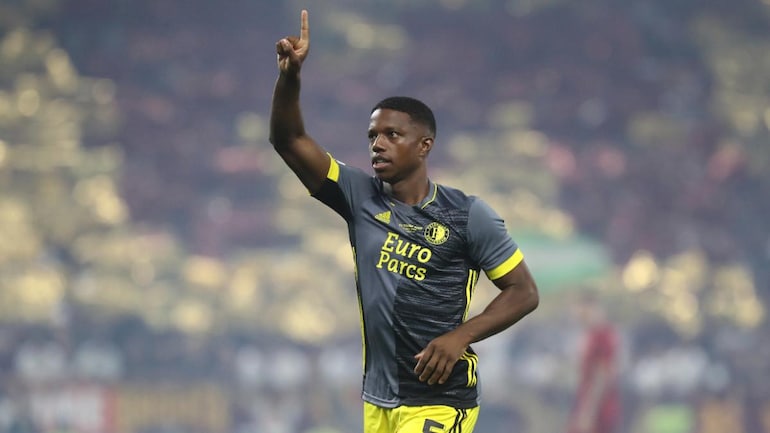 Malacia has signed a contract until June 2026 (Courtesy: AP)

Manchester United have kickstarted their summer transfer window with the signing of Dutch left-back Tyrell Malacia from Feyenoord on Tuesday.

The 22-year-old has made 136 appearances for the Dutch side and has also represented the Netherlands at every level, including the senior team. He has five international caps to his name.

United have been a bit slow to get their business done this summer, with their main focus being on the signing of Frenkie de Jong from Barcelona, according to reports in the British media. But the 13-time Premier League Champions have now got up and running as the club look to rebuild under new coach Erik ten Hag.

Malacia commented on his move to the Premier League giants on Manchester United’s official website, saying that it is an incredible feeling for him and a new chapter in his career. While the 22-year-old admitted that he is still young and will look to develop, he promised the fans that he would leave everything on the pitch each time he got to represent United on the field.

“It’s an incredible feeling to have joined Manchester United. This is a new chapter for me, a new league with new team-mates and a tremendous manager [Erik ten Hag] leading us.

“I know from playing against his teams in the Eredivisie, the qualities that he has and what he demands of his players.

“Whilst I know that I am still young and will continue to develop, I can promise the United fans that I will leave everything on the pitch every time I pull on the red shirt. I’ll always be thankful to Feyenoord for all they have given to me and my family.

“None of this would be possible if it wasn’t for them. Now I’m ready to focus on the future with United, and help my new club achieve success,” said Malacia.

The Dutch defender has signed a contract until June 2026 according to the club.