Rishabh Pant scored a maiden ODI century and guided India to a 5-wicket victory against England in the three-match series decider at Old Trafford, Manchester on July 17. 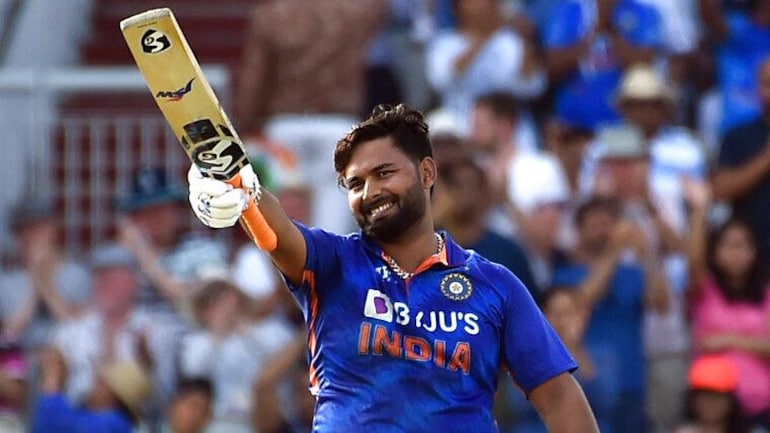 Former India cricketer Yuvraj Singh has revealed that he had a “45 minute conversation” with Rishabh Pant about his batting.

Pant scored a maiden ODI century and guided India to a five-wicket victory against England in the three-match series decider at Old Trafford, Manchester on July 17.

Looks like the 45 minute conversation made sense !! Well played @RishabhPant17 that’s how you pace your ininings @hardikpandya7 great to watch #indiavseng

Rishabh Pant and Hardik Pandya stitched a 133-run partnership for the fifth wicket after India suffered an early collapse while chasing 260 runs. Pandya fell for 71 runs, but Pant carried on to take India home as he finished unbeaten on 125.

Pant’s innings was studded with 16 boundaries and two maximums. The left-hander also became the fourth Indian wicket-keeper to score an ODI century after MS Dhoni, Rahul Dravid and KL Rahul.

Pandya took a four-wicket haul to help India bundle out England for 259 inside 46 overs. He then scored 71 runs off 55 balls. On the back of his heroics, Pandya joined the likes of Sachin Tendulkar, Sourav Ganguly, Yuvraj Singh and K Srikkanth in an elite ODI list as he became the fifth Indian to score a fifty-plus score and take four wickets.

Pandya is also the only Indian to achieve the feat outside the Indian subcontinent and the first Indian player since Yuvraj Singh’s brilliance at the 2011 World Cup.