Mika Hakkinen has heaped praise on Mick Schumacher’s performances in recent races and expects the German driver to kick on. 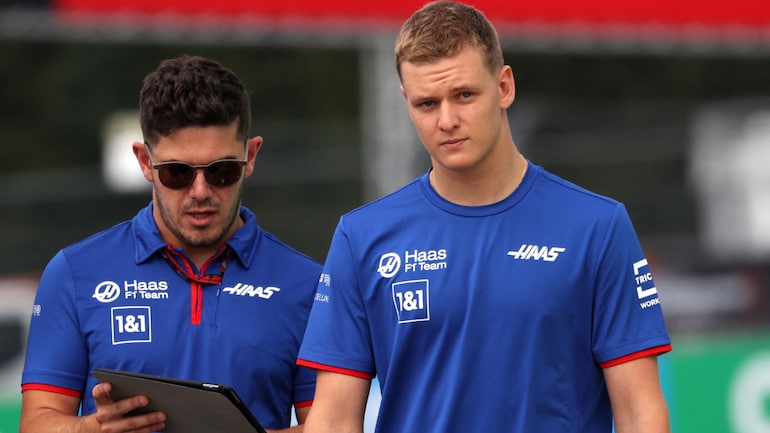 Schumacher has been in fine form in the past two races (Courtesy: Reuters)

Schumacher spent most of the time in his debut season in 2021 at the back of the grid. However, the Haas cars have been competitive in this campaign with the new regulations in place.

While Kevin Magnussen produced good performances, Schumacher initially struggled and suffered a number of major crashes. Having gone 30 races without a point to his name, the German driver has been phenomenal in the last two, clinching his first points at the British Grand Prix and following it up with a sixth place in Austria last weekend.

Hakkinen, who was one of the main rivals of the legendary Michael Schumacher, said that he was happy to see the 23-year-old amongst the points.

In his latest blog for Unibet, the former F1 World Champion said that Mick gets a lot of attention due to his father’s reputation. Despite this, the Haas driver is very calm and mature.

“I was really happy to see Mick drive another strong race for Haas and finish sixth, two places ahead of his experienced teammate. Mick gets a lot of attention because of his father’s reputation, and that brings pressure. However, he is a very calm, mature young guy still only 23 and he is clearly gaining confidence in himself and his car,” said Hakkinen.

Hakkinen went on to back Schumacher to continue his upward trend in his second season in the sport and said that the German driver has a good chance to show his capability as Haas have been competitive this season.

“Last season was his first in F1, a year to learn during which Haas did not have a competitive car,”

“This year we can see that the team has made good progress with the new car and regulations, so the chance is there for Mick to really show his capability,” said Hakkinen.