MLS side D.C. United confirmed on Tuesday that they have appointed Wayne Rooney as the new head coach of the team. 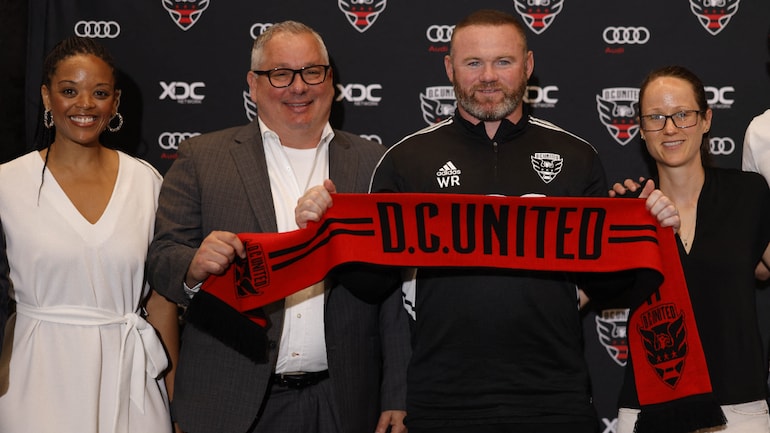 MLS side DC United announced on Tuesday that they have appointed England legend Wayne Rooney as the new head coach.

Rooney joins the MLS side after a two-year stint as the manager of Derby County. The 36-year-old started off as an interim manager for the English side and was given the full-time job in January 2021.

Derby County were hit with a 21-point deduction by the Football Association ahead of his full season in charge. Despite this, Rooney almost got them to safety. He resigned from the post at the English club on June 24, 2022.

Rooney had earlier played for the MLS after joining them in 2018 as a designated player. During his time at the club, the former England international racked up 23 goals and 15 assists in 48 matches.

D.C. United’s co-chairmen Jason Levien and Steve Kaplan commented on Rooney’s appointment and said that the former England striker is one of the most exciting up-and-coming managers in the sport.

“Wayne is a soccer legend and one of the most exciting and dynamic up-and-coming managers in our sport. He’s already proven in his young coaching career that he knows how to lead a group through adversity.”

“He has an understanding of our league and what it takes to be successful in Major League Soccer thanks to his two-year stay with us as a player. The passion he showed while wearing Black-and-Red electrified our city and our club and we are so excited to welcome him back as our Head Coach,” said Levien and Kaplan.

Speaking about his appointment, Rooney said that coming back to the MLS was an exciting challenge for him and feels that it will help on his journey to become a top level manager. The Manchester United legend also said that he trusts his abilities to develop young players and make the club successful again.

“To come back to MLS, to DC United, was an exciting challenge for me and something which I feel can develop me as a coach, but also the team needs to improve. I’m an ambitious person. One day I want to manage at the top level. This is part of that process.”

“I really believe with my abilities to develop young players, we can really get this club back to successful ways again. It’s going to take a lot of hard work but that’s what I’m here to do and really improve the team,” said Rooney.