India are set to have strong representations in at least two events in the Athletics World Championships with Murali Sreeshankar and Avinash Sable entering finals berth with strong performances. 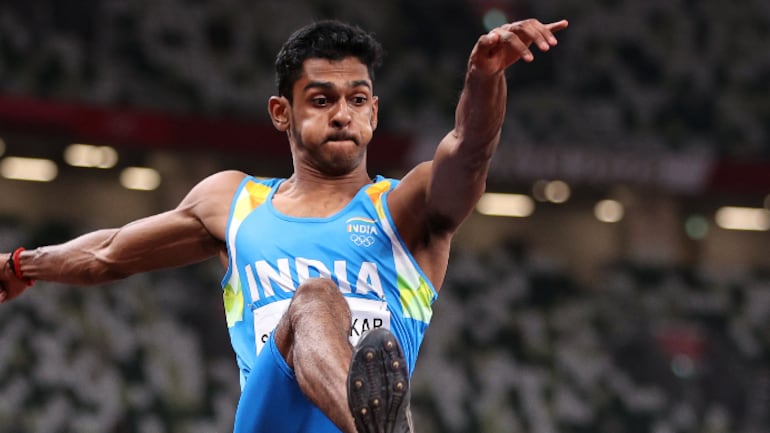 India are set to have strong representation in the finals of the Athletics World Championships with Murali Sreeshankar and Avinash Sable qualifying for the medal event of men’s long jump and men’s 3000m steeplechase respectively.
Sreeshankar, who has been a consistent performer this season so far, jumped 8m to directly qualify in the finals of the event, ahead of his compatriots Jeswin Aldrin (7.79m) and Muhammed Anees Yahiya (7.73m).

Murali Shreeshankar would be the one to watchout for in the finals of the event as he could turn out to be the dark horse, having made an 8.36m jump back in the month of May. He is also the first ever Indian to have made it in the finals of the World Athletics Championships in the long jump category.

Meanwhile, India’s army man Avinash Sable bagged a direct qualification in the 3000m steeplechase with a timing of 8:18.75. He finished in third place during his heats to qualify for the medal round.

Avinash Sable of clocks 8:18.75 in the men’s 3000m steeplechase to finish third in his heats and grab a direct qualification for the medal race.#WCHOregon22 pic.twitter.com/1phnfYG61O

“After the Olympics, I stayed home. I did some farming. I could not do well because I had Covid. I had lots of weaknesses. I felt I could not even run 8:30 (8 minutes and 30 seconds). At one point I thought that I would pull out of the Olympics but sir (coaches) told me that it is important to run in the Olympics. If you get a chance, why not take it. I was not confident of doing well at the Olympics. I was disappointed,” Sable told Indian Express.