Nick Kyrgios feels his experience from his upset over Rafael in 2014 helped him battle through injury to beat Brandon Nakashima. 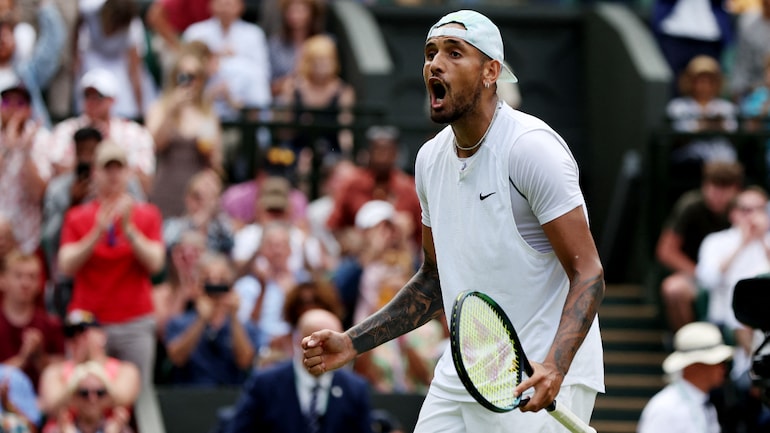 Nick Kyrgios has claimed that his 2014 upset win over Rafael Nadal at Wimbledon helped him get over the line against Brandon Nakashima on Monday.

Kyrgios and Nakashima engaged in an entertaining three-hour battle that went to five sets. However, at the end of the day, it was the Australian star who emerged on top as he booked a place in the quarterfinals of the tournament. This is the second time he has reached the last eight of the Grand Slam, with his first one coming during Wimbledon 2014.

The Australian star, who had entered as a teenage wildcard for the tournament, toppled the then-World No.1 eight years ago and reached the quarterfinals.

“Definitely. You know, I stepped out here against one of the greatest of all time and beat Nadal so these are all things I have in the back of my mind.

“Obviously Brandon hasn’t played on this court that much, I think that was his first time. All these experiences I’ve had, I think that’s what got me over the line today,” said Kyrgios.

The Australian star had to overcome a shoulder injury to beat Nakashima in five sets. While the American took the first set 6-4, Kyrgios was able to bounce back in the second one and won the third after an entertaining tiebreaker.