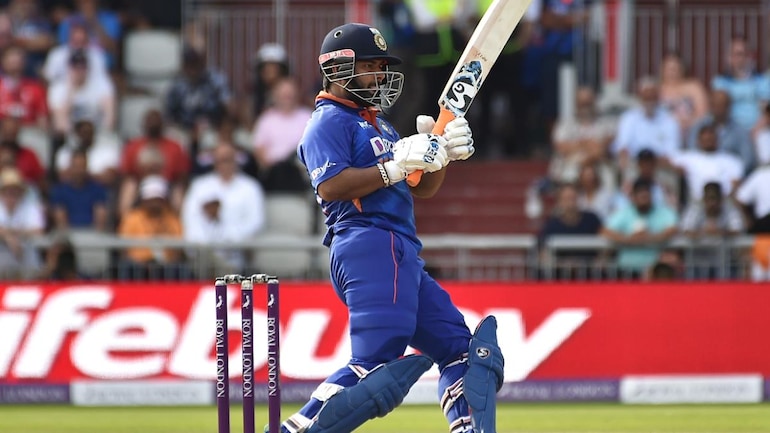 Former batter Sunil Gavaskar said that the century hit by Rishabh Pant in the third ODI at Old Trafford was one of the very best he has seen. On Sunday, July 17, India beat England by five wickets after Pant smashed his maiden ODI hundred off 106 balls.

Pant came to bat after India lost the early wickets of Rohit Sharma and Shikhar Dhawan. Soon, the Men in Blue lost the wickets of Virat Kohli and Suryakumar Yadav. From there on, Pant stayed unbeaten on 125 runs off 113 balls with the help of 16 fours and two sixes.

Gavaskar said that Pant showed a lot of maturity during the knock and curbed his natural instincts with India being under pressure.

“He has shown maturity and learned from his mistakes from the T20I series against South Africa. There’s a difference between ODI and the T20I format, but the way he took responsibility, particularly after Virat Kohli and Suryakumar Yadav were out was heartwarming to see,” Gavaskar was quoted as saying to India Today.

“It was heartwarming because of the way he curbed his natural instincts at the start. Towards the end, once he got his eyes in, once he got the measure of the pitch, he realised the need to accelerate. He did everything absolutely spot-on. It’s got to be one of the finest ever one-day centuries,” he stated.

Pant and Hardik Pandya put on 133 runs for the fifth wicket and put the Men in Blue on the brink of victory. After Hardik perished for a 55-ball 71, Pant carried the visitors over the finish line.

“The win yesterday was absolutely magnificent. The way Rishabh Pant and Hardik Pandya built that partnership after India lost four wickets with not too many, credit to their temperament because batting wasn’t easy at that stage. The way they built their innings was truly admirable. It tells what this young team can do going forward,” Gavaskar added.