Manchester United forward Cristiano Ronaldo has not travelled with the team which speculated the rumours that he would be leaving the club this summer for his Champions League aspirations. 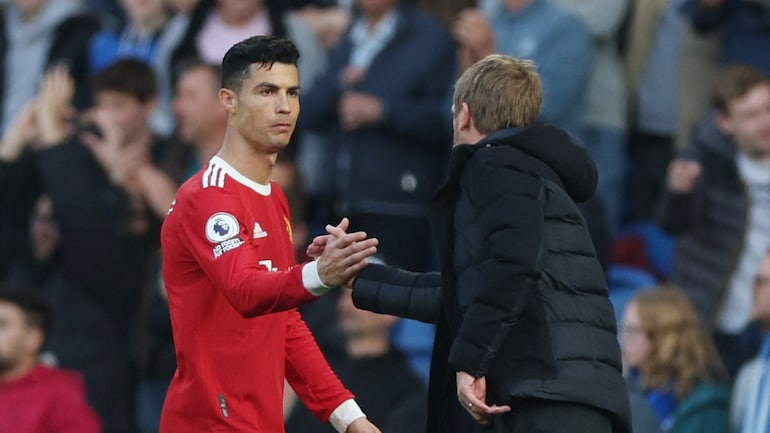 Manchester United manager Erik ten Hag has clarified that their talismanic forward Cristiano Ronaldo is not for sale amid growing speculation that he will be leaving the club this summer to follow his Champions League aspirations. Arguably, one of the greatest players of all time, Ronaldo is not participating in the club’s pre-season tour, but has been spotted in the Portugal training sessions after he flew back home.

Sky Sports quoted Manchester United manager, Erik ten Hag on Monday, 11 July that Ronaldo has never told him that he wanted to leave the club.

“Cristiano Ronaldo is NOT for sale, he is in our plans – he’s not with us due to personal issues. We are planning with Cristiano Ronaldo for this season, that’s it,” the manager was quoted as saying by football journalist Fabrizio Romano.

“How to make Cristiano happy? I don’t know – I’m looking forward to work with him,” he further added.

Erik ten Hag: “Frenkie de Jong? I never talk of players who are under contract with other clubs. I’m not gonna answer about Frenkie”. #MUFC

“How many signings? We’re still looking for players in the midfield and in offense”. pic.twitter.com/INYMe41fSX

Manchester United have had a turbulent week with the signings of Ajax footballer Anthony and Barcelona’s Frenkie de Jong. Both signings were expected to happen sooner than not, but there has not been much progress in either case.

In the meantime, Ronaldo’s abrupt leave request had stirred the pot about him leaving the club, however, Manchester United clarified that their talismanic forward left due to personal reasons.

Manchester United have been up and about to revamp their squad and form a map that can get them back to the top three of the Premier League table. They had a terrible 2021/22 season, failing to finish at the top four positions.