Manchester United have made their second signing of the summer under Erik ten Hag and are expected to bring some more stars to boost their squad strength. 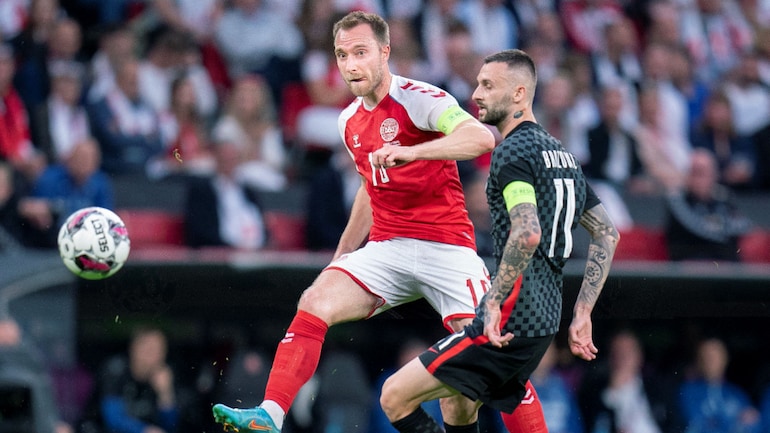 Premier League giant Manchester United have signed Christian Eriksen on a free transfer on a three-year deal, the club announced on Friday, 15 July. The Danish playmaker was seen in the Brentford shirt in the last season, scoring one goal and providing four assists in the 11 games that he featured.

No stranger to the Premier League, having spent nearly seven seasons with Tottenham Hotspur, Eriksen made more than 300 appearances in all competitions for the London side.

The player recently needed a life-saving treatment on the pitch last year when he suffered a near-fatal cardiac arrest in a European Championship match against Finland in June 2021, returned to action with Brentford after signing a short-term deal in January.

“I was gone from this world for five minutes,” Eriksen had told the BBC in an interview after the incident.

“Manchester United is a special club and I cannot wait to get started. I have had the privilege of playing at Old Trafford many times but to do it in the red shirt of United will be an amazing feeling,” Eriksen said in a statement after signing with Manchester United.

“I have seen Erik’s work at Ajax and know the level of detail and preparation that he and his staff put into every day. It is clear that he is a fantastic coach.

“Having spoken with him and learned more about his vision and the way he wants the team to play, I am even more excited for the future.”

Manchester United are expected to rope in more players, especially Frenkie de Jong, who is expected to be their statement signing of the summer from FC Barcelona. The club, which had a whirlwind season in 2021/22, would hope to return to the Champions League, having missed out on the spot this year, finishing sixth in the Premier League last season.