Two-time Olympic medallist PV Sindhu, on Friday, advanced to the semi-final of the ongoing Singapore Open after beating Han Yue 17-21 21-11 21-19. 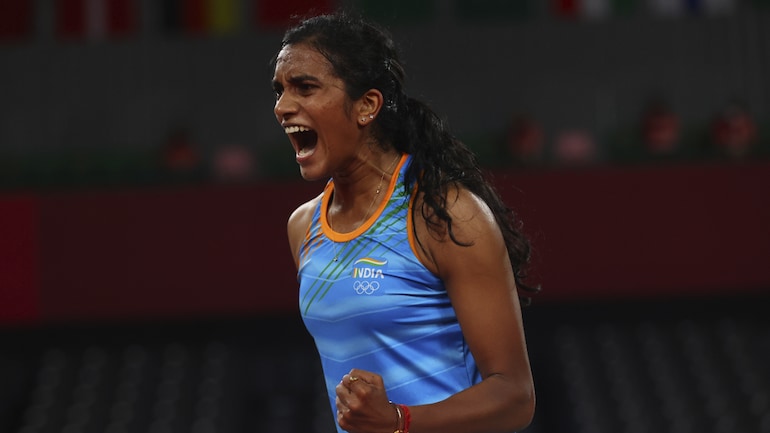 PV Sindhu, the two-time Olympic medallist, advanced to the semifinals of the Singapore Open Super 500 on Friday, July 15. However, HS Prannoy and Saina Nehwal failed to make it through in their respective events.

Sindhu defeated China’s Han Yue 17-21 21-11 21-19 in a match that lasted more than an hour and booked her maiden berth in the semi-final since the Thailand Open back in May.

Sindhu, who is seeded No.3, is next set to lock horns with unseeded World No.38 Saena Kawakami from Japan. Earlier, Kawakami caused a major upset by defeating Thailand’s sixth seed Pornpawee Chochuwong 21-17 21-19.

Sindhu will now look to go all the way and lift the trophy since it’s her last tournament before the upcoming Commonwealth Games in Birmingham. Sindhu had beaten Saena in both their previous meetings.

Saina Nehwal, who won the bronze medal in the London Olympics, defeated world No. 9 He Bing Jiao in the quarterfinal but lost to Japanese Aya Ohori 13-21 21-15 20-21.

The 32-year-old veteran Indian failed to convert two match points and handed the match to her opponent from Japan.

Prannoy, on the other hand, won the first game by nine points but couldn’t carry his momentum from there on. Kodai Naraoka defeated him 12-21 21-14 21-18.

Prannoy came back from behind in the decider after trailing 7-18, winning 8 straight points, but couldn’t quite get the better of Naraoka.

From being 15-20, Prannoy saved match points, only to go down in a battle that lasted for as long as 63 minutes.

The Indian doubles pair of Dhruv Kapila and MR Arjun also made the Indonesian duo of Mohammad Ahsan and Hendra Setiawan work hard. However, they lost the match 10-21 21-18 21-17.