Skip to content
Ranveer Singh has an earnest request for all his fans – to manifest a film project with Shah Rukh Khan.

In his latest Instagram chat with fans, Singh revealed his desire to work on a film with the Badshah. When a fan asked him, “When can we see you and SRK together onscreen?”, Ranveer tagged Shah Rukh and wrote, “Aha! Manifest it!” 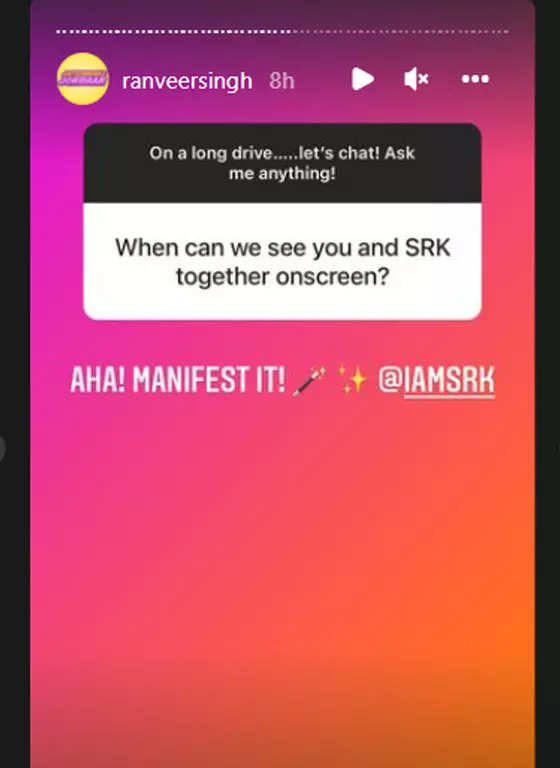 The actor, who is currently in the United Kingdom to attend the Premier League football matches, was also asked, “When r u working with RK in a single movie?” 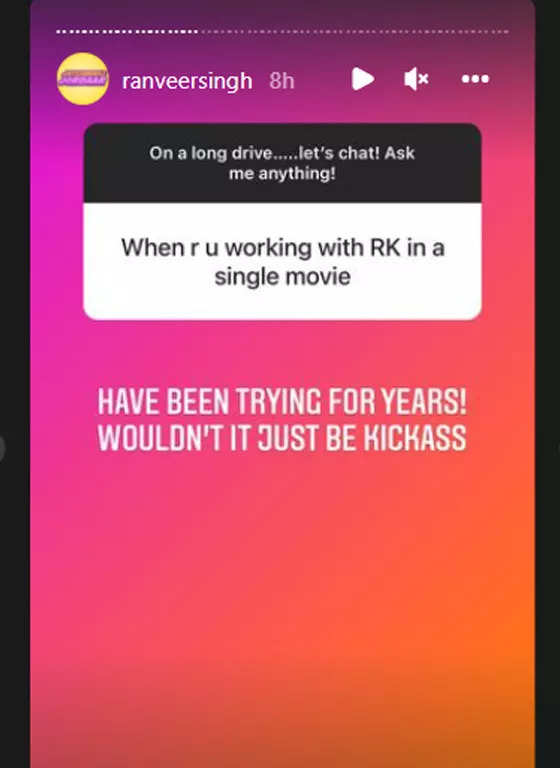 Much to everyone’s surprise, Ranveer said that he has been trying to bag a project with Ranbir ‘for years’. Replying to the question, he said, “Have been trying for years! Wouldn’t it be just kickass?”

Over the past weeks, Ranveer has been playing cheerleader for SRK’s ‘Pathaan‘ that also stars Deepika Padukone in the lead. The hunk not only got fans hyped up for the big romantic song sequence shot in Spain but also revealed that fans have a lot to look forward to in the film.

Meanwhile, rumours have been rife that the actor may just be teaming up with Ranbir for an upcoming film. Although details have still not been confirmed, it has been reported that the two could likely join Kartik Aaryan in ‘Pyaar Ka Punchnama 3’.

Refusing to spill details about the upcoming project, Kartik said, “Well, that sounds something, let’s see what could happen. But, honestly, you’ll have to ask Luv sir (Luv Ranjan, director) about it. He’d be in a better position to offer clarity about the film.”