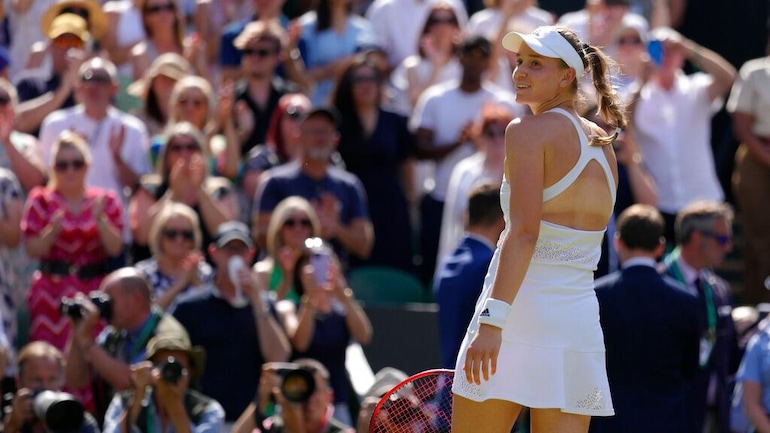 The 23-year-old lost the opening set to the No.3 seed but came back to win the next two to clinch the match 3-6, 6-2, 6-2. Rybakina said that she has always enjoyed watching Federer ply his trade on the court.

“I’ve always liked how Roger Federer plays. His game is amazing but, yeah, except him, I was just enjoying watching the matches no matter who plays and, yeah, it’s just a joy to watch any match, especially when it’s great fights,” Rybakina was quoted as saying in a Q&A session on Instagram.

The Moscow-born Rybakina became the first player from Kazakhstan to win a Grand Slam. However, before the start of the tournament, she said that she would be lucky if she managed to go into the second week of the grass-court tournament at SW19.

“Yes, it’s true, because we were working hard but it was a tough last few months with the injuries. I was sick, I didn’t have good preparation for Wimbledon. So I kind of relaxed and I didn’t have any expectations,” Rybakina said on the WTA Insider podcast.

Rybakina also talked about preparing well for the upcoming edition of the US Open, which is set to start in the last week of August.

“I was actually thinking ahead a bit, that I need to do good preparation to be physically better for the US swing,” she added.