Keegan Petersen said that he was elated and emotional after scoring a superb 82 as South Africa sealed a seven-wicket victory in the third Test and a 2-1 series win over India. 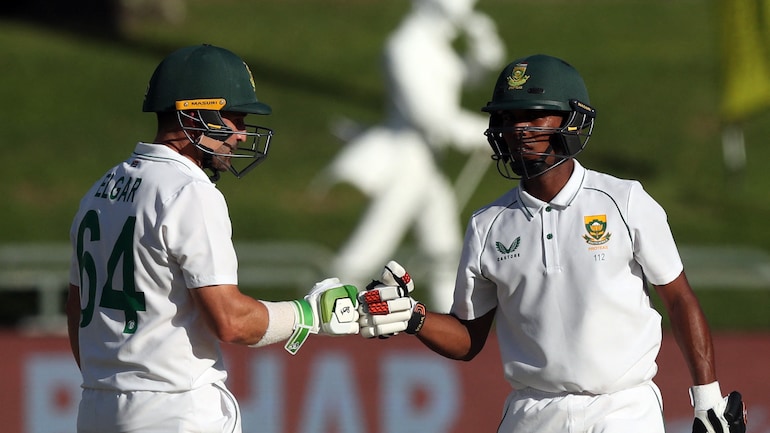 Keegan Petersen ‘grateful’ after starring in South Africa’s series win over India: Enjoyed every moment of it (Reuters Photo)

An elated Keegan Petersen was grateful for getting the opportunity to represent his national team after starring in South Africa’s seven-wicket victory and 2-1 series win over India in Cape Town. Petersen, who was adjudged the Player of the Match and Player of the series, said that it has been a long and tough journey for him coming into the Tests.

Petersen, who was the leading scorer in the series with 276 runs, was the anchor for the home side on a difficult wicket for batting, but there were also important unbeaten contributions from Rassie van der Dussen (41) and Temba Bavuma (32) as they put on 57 for the fourth wicket.

“I don’t know how I feel, it hasn’t sunk in yet. Happy, emotional but just grateful to have had the opportunity. I took every little positive I can from every innings and build on that,” Petersen said in the post-match presentation.

“It’s been a tough journey, not easy. Have had to stick to my guns and fight it out. It’s been a long journey, I can’t really tell the whole story right now. It’s not been easy even coming into Tests; challenging wickets, changing conditions, have had to deal with what has been in front of me.

“We’ve always had to tough it out against a high-quality bowling attack, a high-quality team. Just spending time at the wicket is crucial. The evident longer you bat, the easier it gets. I enjoyed every moment of it,” Petersen added.

The result means India are still in search of a first Test series victory in South Africa having had high hopes when they won the opening match. The teams will now play three ODIs starting in Paarl on Wednesday.