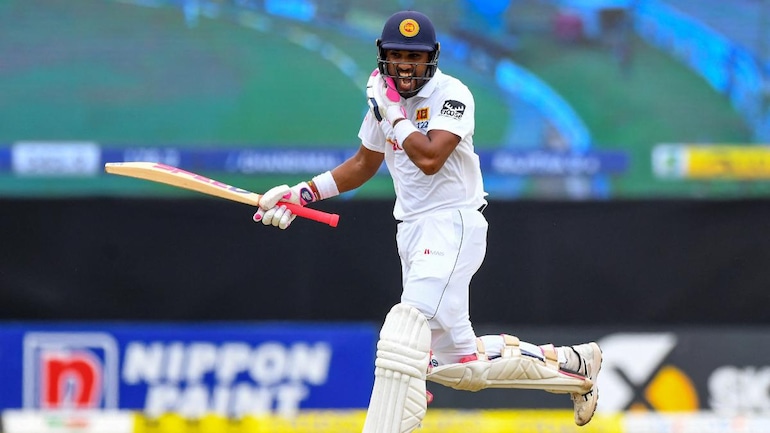 Dinesh Chandimal etched his name in the record books when he became the first Sri Lanka batter to score a double hundred against Australia in Test cricket. Having reached 185, Chandimal smashed Starc for a boundary and followed it with back-to-back sixes to bring up the first double hundred by a Sri Lanka batter against Australia. The batsman dropped to his knees and held his arms aloft, soaking in applause from the crowd.

Chandimal’s unbeaten 206 is now the highest Test score by a Sri Lankan against Australia, going past the previous best of 192 by Kumar Sangakkara. Five of Sri Lanka’s top six batsmen smashed 50-plus scores. Sri Lanka opener Pathum Nissanka tested positive for COVID-19 and was substituted by Oshada Fernando, who had played a similar role when Angelo Mathews tested positive during the series opener.

Earlier, wasted reviews returned to haunt Australia when play resumed. Mitchell Swepson trapped Ramesh Mendis’s plumb in front of the wicket but Australia’s lbw appeal was turned down and the tourists could not challenge the decision having used up all three reviews on Sunday.

Mitchell Starc (4/89) ended the 68-run stand soon after the first hour’s play, swinging back a fuller delivery to remove Mendis lbw for 29. Debutants Maheesh Thiksana and Prabath Jayasuriya lost their off-stumps to Pat Cummins and Starc respectively, but Chandimal was preparing a late assault at the other end.