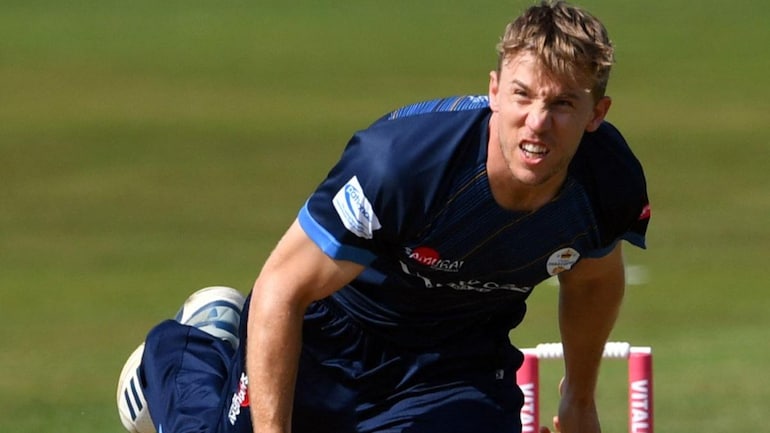 Fast bowler Logan van Beek became the first Netherlands bowler to pick up a hat-trick in T20Is. On Tuesday, July 12, the speedster became the Player of the Match against Hong Kong in the seventh match of the ongoing ICC Men’s T20 World Cup Qualifier.

Van Beek dismissed Nizakat Khan, Scott McKenchie and Ehsan Khan to pick up the hat-trick. Nizakat was looking in excellent from, having scored 60 runs off 55 balls with the help of seven fours. Khan opened the batting after Hong Kong won the toss and elected to bat first.

Van Beek also got the prized wicket of Aizaz Khan, who failed to get into double digits. Van Beek finished with decent bowling figures of 4-0-27-4 and helped the Dutch team bowl Hong Kong out for 116 in 18.1 overs.

During this while, van Beek became the 33rd bowler to pick up a hat-trick in T20Is. He joined the likes of Brett Lee, Wanindu Hasaranga, Lasith Malinga, Rashid Khan, Jason Holder, Mohammad Hasnain and many others in the elite list.

Meanwhile, on the back of van Beek’s spell, Netherlands defeated Hong Kong by seven wickets at the Queens Sports Club in Bulawayo. The Dutch team tracked the target down in 13.2 overs with 40 balls left.

Max O’Dowd and Bas de Leede scored 45 and 36* respectively to take the Dutch team over the finish line. Stephen Myburgh and Tom Cooper got out cheaply.

For Hong Kong, Ehsan Khan picked up two wickets for 18 runs, but he didn’t get much support from the others.

The Netherlands are next set to lock horns with Uganda on Thursday, July 14 in Bulawayo.