Ali Khan has been ruled out of the T20 World Cup Qualifier after he sustained an injury during the match against Jersey on Monday, July 10. 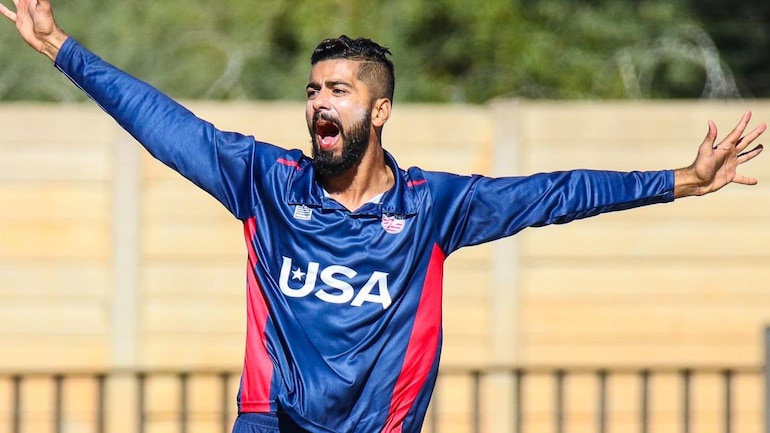 USA fast bowler Ali Khan was ruled out of the remainder of the T20 World Cup Qualifier in Zimbabwe due to a fractured forearm. The 31-year-old sustained the injury during USA’s match against Jersey on Monday, July 10 at the Bulawayo Athletic Club.

In the 19th over of Jersey’s innings, Khan injured his hand while trying to stop a ball in his run-up. Benjamin Ward pulled out a full-blooded shot straight back at Ali, who couldn’t evade the injury.

Ali tried to catch the ball, but got himself in a tangle. The ball ricocheted off his hands away for a couple of runs. Thereafter, he winced in pain, after which the USA physiotherapist treated him.

The pacer tried to carry on, but conceded five no balls. Unable to grip the ball properly, Ali walked off the park and took no further part in the match. In 3.2 overs, Khan conceded 21 runs at an economy rate of 6.30.

After the match, fast bowler, Saurabh Netravalkar, said that the United States are eager to make it through to the T20 World Cup later this year.

“We want to do it for him. We want to make it to the World Cup for him. That’s what we promised him and we’ll do our best,” Netravalkar was quoted as saying in the post-match presentation ceremony.

For the time being, USA cricket hasn’t named a replacement for Ali Khan. The pacer has been a globetrotter in T20 cricket since 2018, when he first got to play for the Trinbago Knight Riders in the Caribbean Premier League (CPL).

He is also set to play for TKR in the upcoming edition of the CPL. Ali Khan was also picked as a replacement player by the Kolkata Knight Riders (KKR) for the 2020 Indian Premier League (IPL). However, he didn’t get a chance to play a match.