Dinesh Karthik has opened up on his comeback to the national side and claimed that team management and players helped him settle in well. 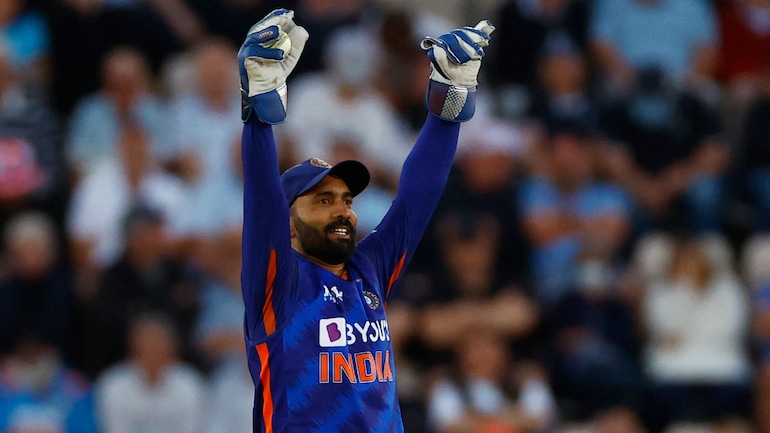 Dinesh Karthik is enjoying a career renaissance at the moment (Courtesy: Reuters)

Dinesh Karthik opened up on his return to the Indian side and said that the players and the team management made him feel at home from the get-go.

Karthik has been enjoying a career renaissance at the moment, with his exploits in the IPL for Royal Challengers Bangalore earning him a call back into the national team.

The Tamil Nadu wicketkeeper is considered to be a favorite in the squad for the upcoming T20 World Cup in Australia and he opened up to The New Indian Express about his comeback to the side.

Karthik said it has been enjoyable and the players and team management have made things easy for him. The Tamil Nadu wicketkeeper thanked everyone who helped him during this phase and said that he believed in himself during the IPL.

“(It’s been) enjoyable as well. The players and team management made me feel at home from the word go. It has been exciting no doubt.”

“Of course making a comeback when you are 35 plus was never going to be easy. Thankful to everyone who helped me during that phase. I quietly believed in myself and out in the yards before the IPL fact that I did so well for RCB has helped me achieve a few important things. It is a journey and I am really enjoying it. With every new day, there is a different challenge. Some challenges you overcome, and some challenges are harder so it has been interesting so far,” said Karthik.

The 37-year-old also said that it is easier to prepare when a player has his role well-defined, irrespective of the side he is representing.

“Be it state, IPL or national side, as long as your role is defined clearly it becomes relatively easier to prepare and focus. One has to adapt and thrive and I am really enjoying the challenge,” said Karthik.