Umran Malik made his debut in the two-match T20I series against Ireland at The Village in Dublin. He is set to play against India in the three T20Is. 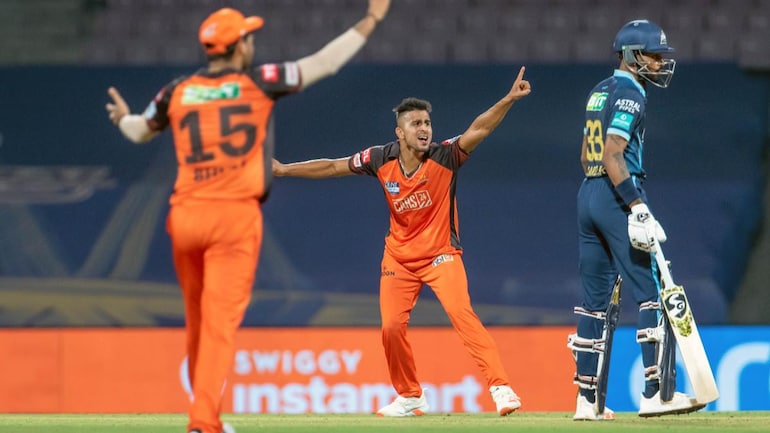 India skipper Rohit Sharma said that Umran Malik has every chance of being picked for the T20 World Cup in Australia if the Jammu and Kashmir speedster manages to fulfil the requirements of the team. Malik made his way into the Indian team for the T20I series against South Africa after his stellar run for the Sunrisers Hyderabad (SRH) in the 2022 Indian Premier League (IPL).

After not getting to play against the Proteas, Malik made his debut in the first T20I against Ireland at The Village in Dublin. In the second T20I of the same series, the pacer from Jammu and Kashmir defended 17 runs in the last over, helping his team secure a four-run victory.

Rohit, who is set to lead India in the three-match T20I and ODI series against England, said that Team India are trying to give Malik a specific role.

“He is very much in our plans. We are trying to give him an understanding as to what the team requires from him as well. Yes, there will be times when we want to try out a few guys and Umran is definitely one of those guys,” Rohit was quoted as saying.

“Keeping one eye on the World Cup, we want to see what he has to offer for us. He is definitely an exciting prospect. During the IPL, we saw that he could bowl fast. It’s about giving him the role, whether we want him to bowl with the new ball or want to use him in the middle overs,” he stated.

Rohit, who missed the fifth Test against England after testing positive for Covid-19, said that playing for the national team isn’t quite the same as playing for a franchisee.

“When you play for a franchisee, the roles are different as compared to your national team. There are guys with specific skillets and you want to utilise those. It’s about understanding how you can fit in those individuals and give them the clarity of role,” Rohit added.

Also Read: Hard to watch from sidelines: Rohit on his struggles while recovering from Covid-19