South Africa vs India: Virat Kohli lost his calm again and had colourful words with Rassie Van der Dussen after a caught behind review against the South African batter went in the host’s favour on Day 4 of the Cape Town Test 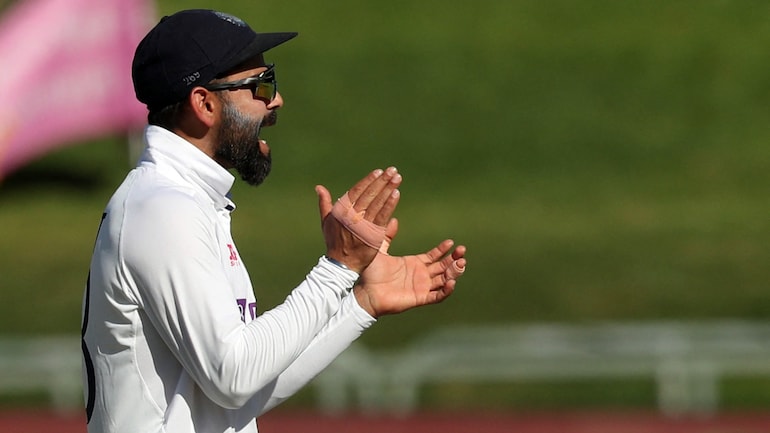 Virat Kohli did not mince words as he expressed his frustration after a caught behind review went in the favour of Rassie van der Dussen in the 37th over of the final innings of the fiercely-fought Test match on Day 4 at Newlands.

This was the second time in a Test match that Kohli had lost his cool as his frustration with an earlier stump mic rant took the spotlight on Day 3 of the ongoing match. Van der Dussen was beaten by Mohammed Shami and the Indian team went for the appeal in unison. But the umpire said no and Kohli instantly took a review.

The replays showed a spike when the ball was going past the outside edge but the bat was also scraping the ground at the same time, so the third umpire asked Erasmus to stay with his verdict. Kohli was seen having a word with the onfield umpire Marais Erasmus and then exchanged some colourful words with Van der Dussen, referring to the South African’s little episode with Pant in the second Test. “When you go after someone who is five years younger than you,” Kohli told Van der Dussen, asking him if he had sledged Rishabh in the second Test.

Earlier on Thursday, Kohli, his deputy KL Rahul and off-spinner Ravichandran Ashwin made some unsavoury comments about umpiring and technology in stump mic after rival skipper Dean Elgar got a massive reprieve due to a contentious DRS decision in the last hour on day 3.

In the 21st over, Elgar was adjudged LBW by the on-field umpire Marais Erasmus when he was hit on the pads by an Ashwin delivery. However, the decision was overturned on review.

Livid with the decision, a fuming Kohli went up to the stumps and said: “Focus on your team as well when they shine the ball at eh, not just the opposition. Trying to catch people all the time.”