WI vs BAN, 3rd ODI: Bangladesh skipper Tamim Iqbal said that the Tigers need to play well in conditions which aren’s suitable to their style of play. 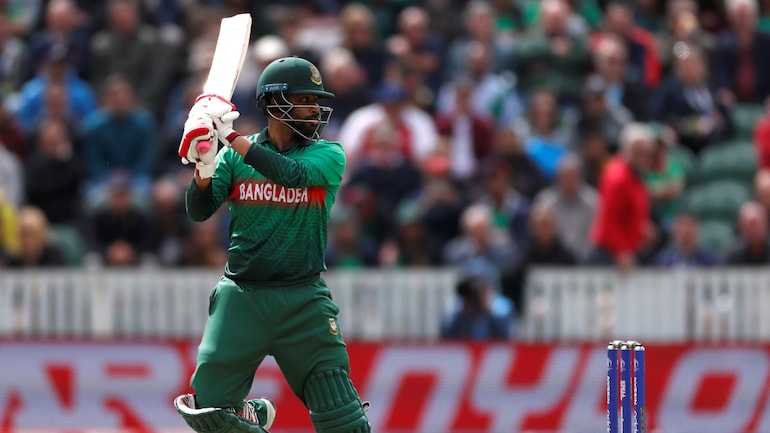 Bangladesh ODI skipper Tamim Iqbal reckoned his team isn’t fully ready for the 50-over World Cup to be played in India next year. On Saturday, July 16, the Tigers defeated the West Indies 3-0 in the three-match ODI series. Tamim and Co. won the third and final ODI at the Providence Stadium by four wickets.

After the series triumph, Tamim stated that he was delighted about the fact that Bangladesh won back-to-back overseas ODI series. Earlier this year, the Tigers defeated South Africa 2-1. Tamim, who is on the verge of scoring 8000 ODI runs, said that he has a fair idea of his team combination.

“Naturally, our goal is the 2023 World Cup and there is no doubt about it and we are in that process (of building the team for the tournament), but to be honest, I don’t want to look too far ahead because you never know what will happen and things like that as to who is injured and who is there in the team and who is not,” Tamim was quoted as saying.

“But I can say I am getting a little bit of idea about what kind of combination I will be playing if one or two key players are missing due to injuries. I won’t say my team is fully ready and all those things, but we are getting some ideas for sure,” he stated.

Tamim, in the meantime, was also of the opinion that Bangladesh need to perform well in conditions which aren’t suited to their style of play.

“I don’t want to rate this series very highly. We have won the series but I am not too excited about it because there is too much help for spinners in this wicket and that is why it is not like we have won the world. When we play in better wickets we have to be better to win the games,” Tamim added.

After defeating the West Indies, Bangladesh are set to tour Zimbabwe for a three-match T20I series followed by a three-match ODI series. As far as Tamim is concerned, he retired from T20Is on Sunday after guiding his team to victory in the Caribbean.